Teaching is a noble profession but when teachers don’t get the same acknowledgment from the Higher Authority, their whole world collides. The same is the case with NIOS teachers who have been seeking social media and other platforms to raise their voices about equal parity while applying for jobs in various government institutions.

NIOS teachers when applying for different universities were considered inexperienced.  But when teachers applied for the course through NIOS were told it is government authorized but now they have been put down in every government institution due to the lack of qualification required for the job.

This isn’t the first time this has happened to the NIOS teachers and students. Manoj J Jha, RJD (Rashtriya Janata Dal) has raised the issue of NIOS Diploma not recognized by the Teachers education regulator in the winter session of the Parliament. He later urged the union government to take proper measures to secure the future of lakhs of students who every year take NIOS exams.

So, on social media, they have expressed their concerns to the Ministry of Human Resource Development led by Ramesh Pokhriyal ‘Nishank’ about the inconvenience they have received and how the promises of the government have not yet yielded in their favor.

Although, On Monday HRD Minister announced as per RTE, 2009 that the National Council for Teacher Education (NCTE) will need minium qualification to get jobs in the government institutions.

NIOS (National Institute of Open School), offers secondary education courses along and conducts its examinations across the country. 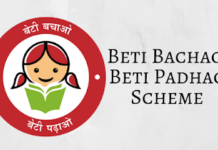