Ajay Devgn and Ileana D’Cruz are gearing up for their upcoming movie titled ‘Raid‘. The movie which will be directed by Raj Kumar Gupta and will be produced by Kumar Mangat and Bhushan Kumar. The script of the movie has been written by Ritesh Shah. The movie features Ileana D’Cruz and Ajay Devgn in the lead.

Today, Bollywood Analyst Taran Adarsh reveals the release date for the upcoming movie titled ‘Raid’ on his Twitter account along with a caption saying, “#Raid, starring Ajay Devgn and Ileana D’Cruz, will now arrive earlier in cinemas: on 16 March 2018.”

In his upcoming movie actor, Ajay Devgn will be portraying the role of an income tax officer hailing from Uttar Pradesh in the movie. The movie ‘Raid’ is said to be set against the backdrop of the 1980’s and the movie is said to based on the real-life incident. The makers of the movie will start shooting later this month.

About his upcoming movie director, Raj Kumar Gupta says that ‘Raid’ is a story that everyone show know and that is the reason he is making a movie on it.He is very much excited to work with the actor Ajay Devgn on a subject like this. He has earlier directed movies like ‘No One Killed Jessica’ and ‘Aamir’.

Both the actors (Ajay Devgn and Ileana D’Cruz) have earlier worked in the recently released action thriller movie titled ‘Baadshaho’, directed by Milan Luthra. The movie is based on the story of six badasses set in the emergency period of 1975 when they looted a truck full of gold.

On the work front, Ajay Devgn will also be seen in the action comedy film titled ‘Golmaal Again‘, which is directed and co-produced by Rohit Shetty. The movie features Ajay Devgn, Tabu, Parineeti Chopra, Arshad Warsi, Tushar Kapoor, Kunal Kemmu, Shreyas Talpade in the lead role and Neil Nitin Mukesh in a supporting role. Golmaal Again is the fourth installment of the Golmaal film franchise. 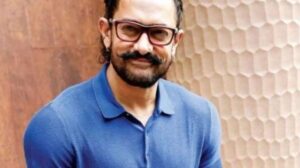 Sanjay Dutt : I only pray my son is not like me!
‘Lucknow Central’ 1st day box office collection!