The Indian Wire » Entertainment » Akshay Kumar to be seen as “Bachchan Pandey” in Sajid Nadiadwala’s next; shares first look on Social Media 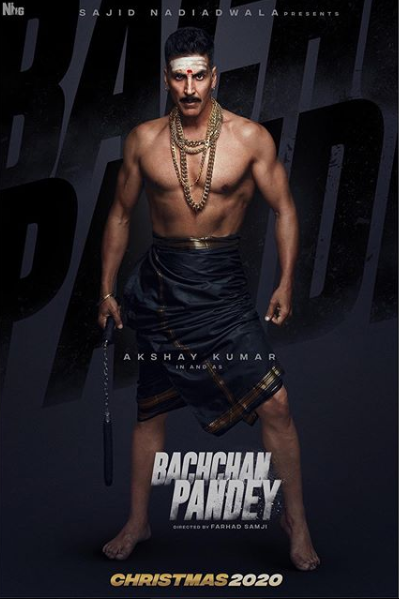 Akshay Kumar, who will be recently hitting the silver screen with his female army in Jagan Shakti’s Mission Mangal, took to social media to announce his other upcoming project.

Akshay Kumar shares the first look from his upcoming venture, Bachchan Pandey, where he flaunts his ripped body. By the look of the poster, one can make out that Akshay has not been seen in this avatar lately and is definitely up to something bigger and better. The film is directed by Farhad Samji and is a Sajid Nadiadwala production. The film is set to release on Christmas in 2020.

The mustache and the black lungi makes Khiladi Kumar look younger than his age and the intensity in his eyes leaves us craving for more.

“Bachchan Pandey” will not hit the silver screens alone, but already has Aamir Khan’s “Lal Singh Chaddha” lined up.