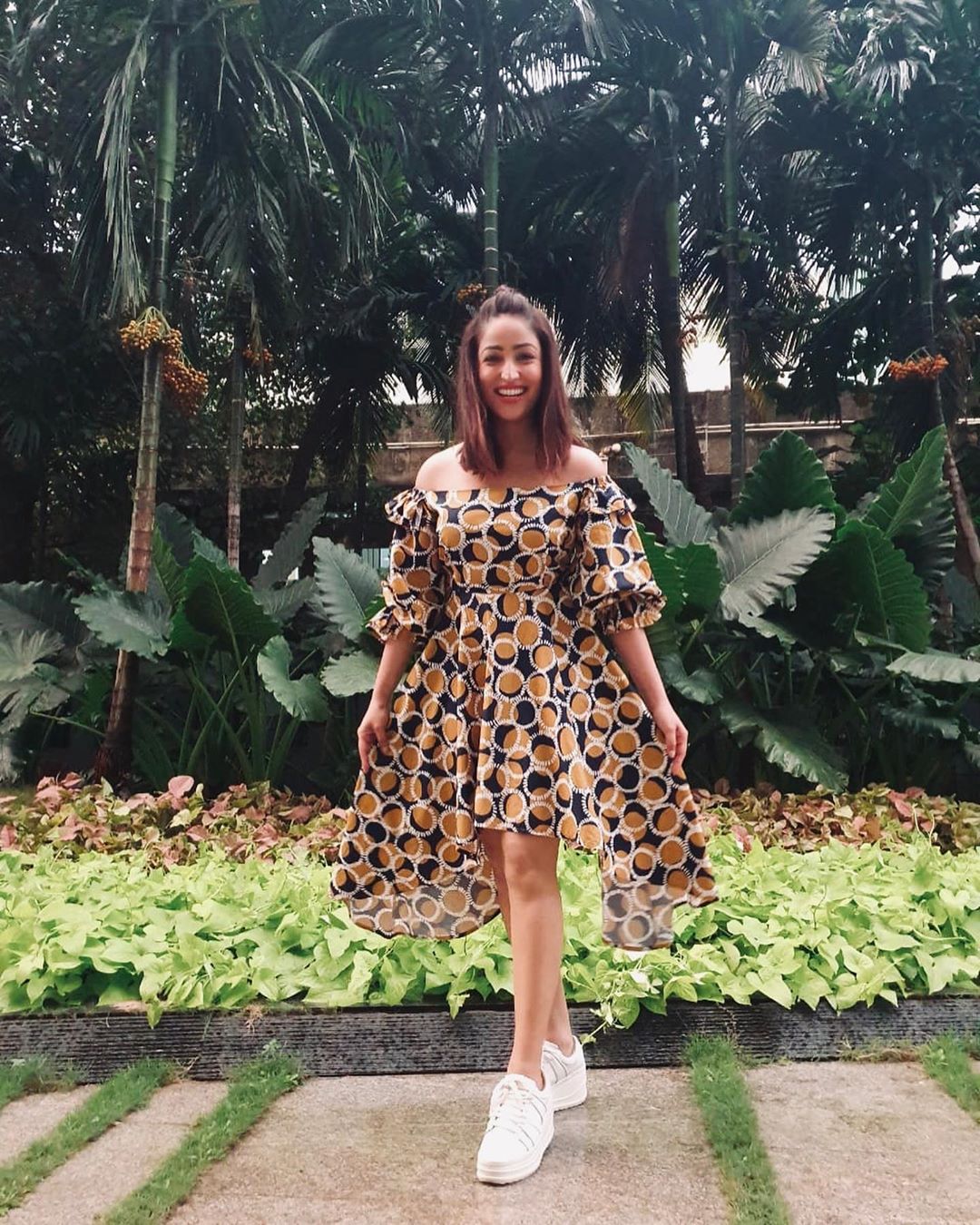 Actress Yami Gautam is now a days a busy bee with the promotions of her forthcoming film ‘Bala’, which released today.

Taking some time off, she recently visited her home state Himachal Pradesh, and shared some of her pictures on her Instagram profile.

She captioned it: “It was indeed an absolute pleasure welcoming our honourable Prime Minister @narendramodi ji, the Chief Minister of Himachal Pradesh @jairamthakurhimachal ji and the State Industry Minister #BikramSingh ji to my home state Himachal Pradesh for the Rising Himachal Global Investors’ Meet 2019. 🙂”

Yami attended the Rising Himachal Global Investors Meet 2019, where she gave her speech in the local Pahari dialect.

On the work front, Yami is playing the role of a Lucknow based supermodel in the comedy drama ‘Bala.’

Directed by Amar Kaushik, the film also stars Ayushmann Khurrana and Bhumi Pednekar and follows the story of a man suffering from premature baldness.

Yami had said that her prior experience in modelling came in handy to prepare for the role. She also created her TikTok account for it.

The film, produced by Dinesh Vijan under his banner Maddock Films, released to positive critical response.

Yami will be next seen in Puneet Khanna’s romantic comedy ‘Ginny Weds Sunny’, where she is paired along with Vikrant Massey.