After going live in the early morning, some users complained that their account is unable to connect. The error message features Ralph and Vanellope of Wreck-It Ralph and Wreck-It Ralph 2: Ralph Breaks the Internet. 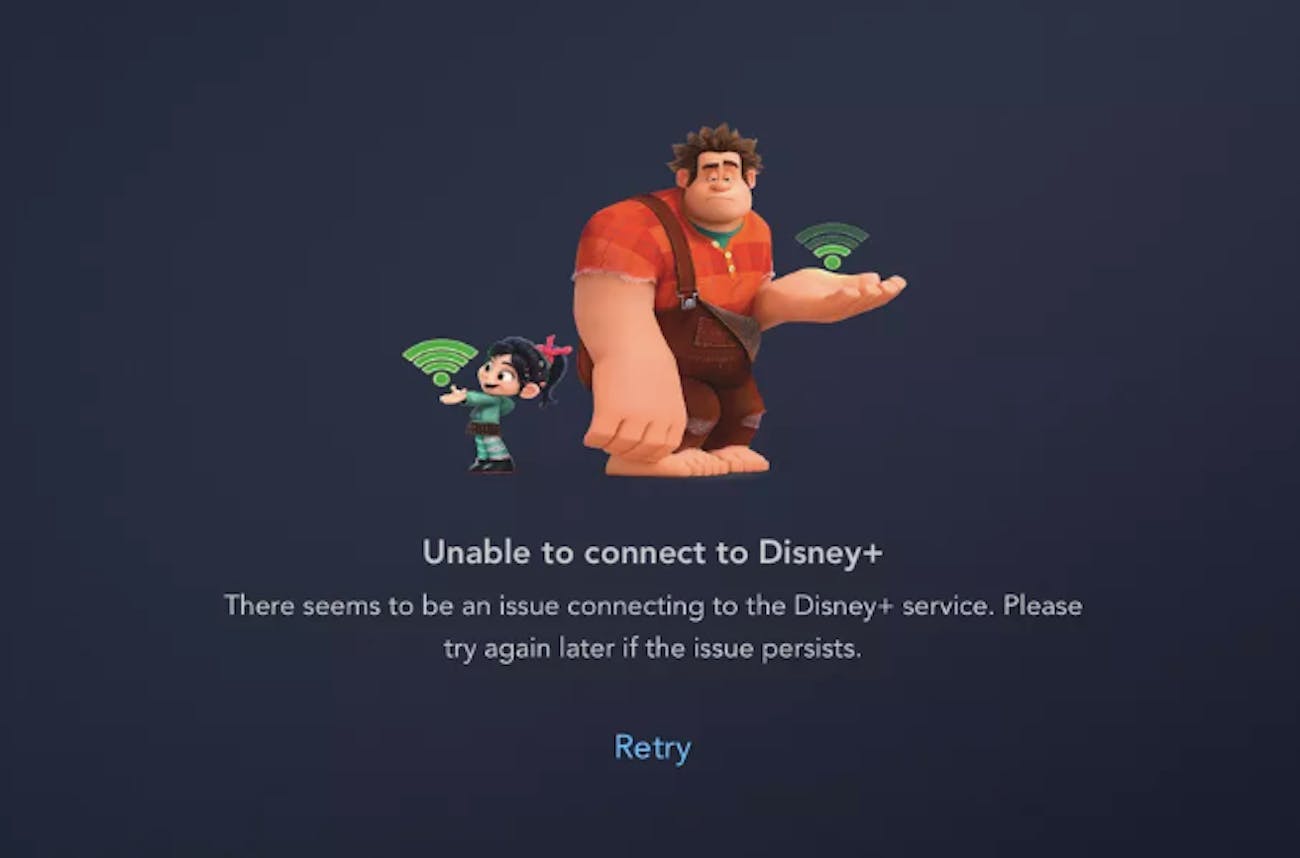 Problems range across platforms including mobile devices, Roku, and Xbox One. Fans were eager to watch the latest Star Wars TV show The Mandalorian, took the problem to twitter.

@disneyplus so excited to log on for the first time and was disappointed when I got an unable to connect error. pic.twitter.com/ydHN4BSVg5

Disney Streaming Services has teams monitoring the Disney+ launch 24/7, and the company is already working to address performance issues and get things running smoothly. Hopefully, Disney+ will stabilize as the day goes on, as there will only be more customers logging on from this point.

Official twitter account of disney+ customer service wrote in twitter “The consumer demand for Disney+ has exceeded our high expectations. We are working to quickly resolve the current user issue. We appreciate your patience.”

The consumer demand for Disney+ has exceeded our high expectations. We are working to quickly resolve the current user issue. We appreciate your patience.