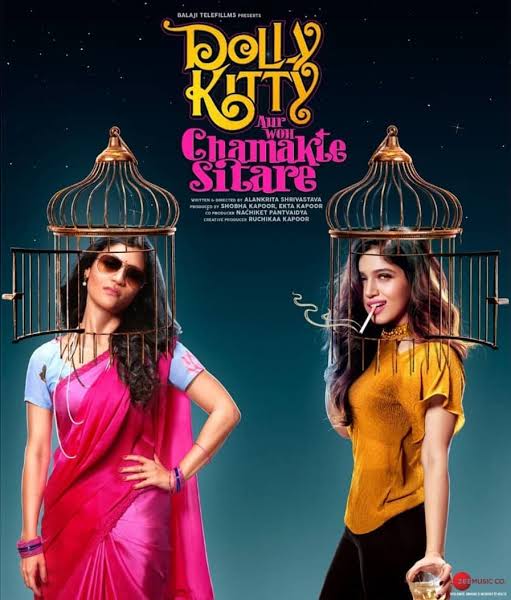 Netflix is going to release another Bollywood film on its platform. This time it is, Dolly Kitty Aur Woh Chamakte Sitare. Starring Bhumi Pednekar and Konkona Sen Sharma in the lead, the film will stream on the platform from Sept 18. Netflix announced this on Thursday.

Sharing the news with the public, the official Twitter handle of Netflix, released the film’s poster and announced the date. Their tweet is as follows :

Alankrita Shrivastava has directed and written the film, which is about two cousins, played by Konkona and Bhumi. It shows how the two of them, try to break every interior challenge in order to live the life they want.

Konkona talked about her character in the film and said :

“Dolly’s life is one we see so often — a bickering wife who is not satisfied with her husband”s unambitious ways, the mother of two young boys who she barely understands, all while dreaming of a life of luxury that is far beyond her reach.”

Further, she added– “While she believes herself to be quite the rebel, she is blissfully unaware of how deeply conditioned she is in certain ways. It’s her journey of realization and that to freedom that makes the story a fun yet heartwarming ride.”

While Bhumi Pednekar who plays Kitty aka Kajal described her character as the quintessential small-town girl, who comes to the city and hopes to get her dreams fulfilled promptly.

Apart from Bhumi and Konkona, the film also stars actors, Vikrant Massey and Parashar. Balaji Telefilms is the producer of the film.

The film would have been more entertaining on the big screen, although taking the current scenario in light, this sounds like a safe bet. Though, the audience and we are keenly awaiting the film’s release. It’ll be a wondrous film, boasting fabulous actors in its cast. 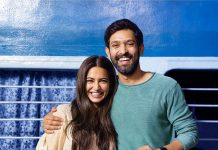