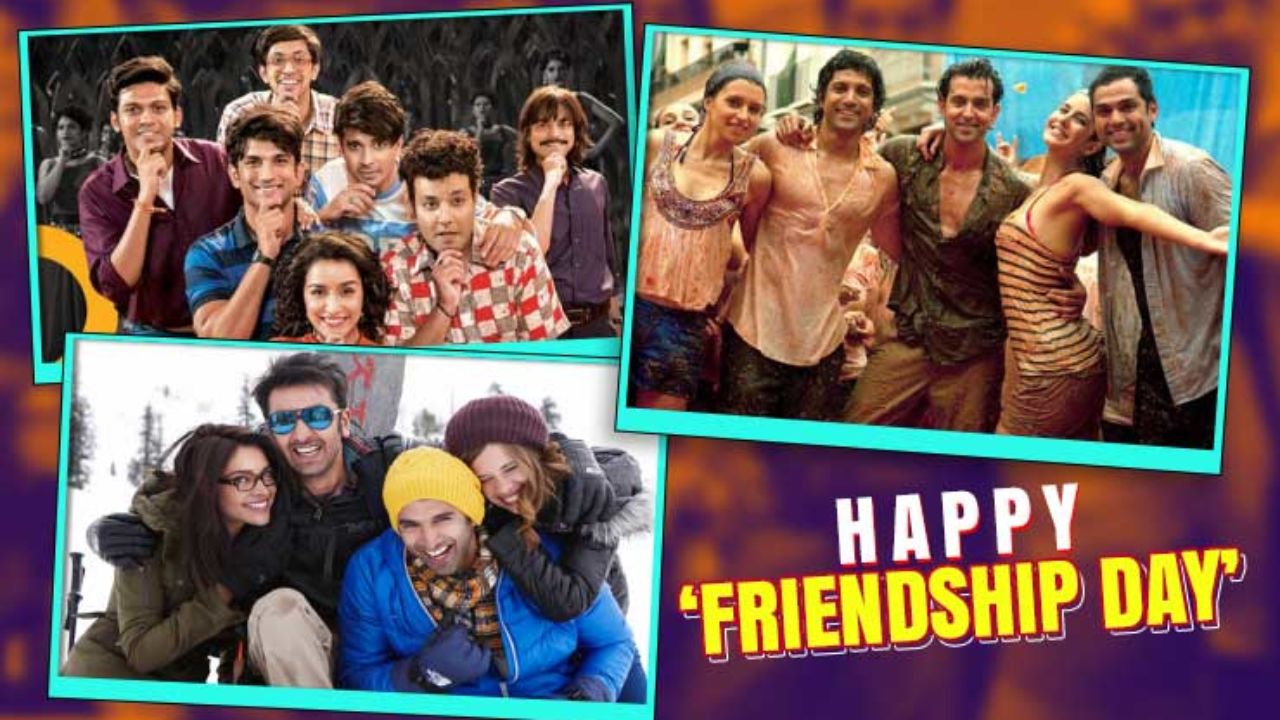 On the special occasion of Friendship Day, we have listed some great Bollywood movies of all times that redefined friendship. Let us go back the memory lane to revive those wonderful memories we created with our buddies and celebrate the festival of dosti today.

From Raju, Farhan and Rancho’s trio to the girl gang of Veere Di Wedding, there are a lot of lessons that Bollywood friendship movies teach us. What are you waiting for? Start binge-watching these Bollywood masterpieces with your Veere to celebrate the occasion of friendship.

Here is the list of the top 10 Hindi films that redefined friendship in today’s era. Spend the weekend binge-watching these with your BFFs.

The blockbuster Rajkumar Hirani’s directorial 3 Idiots revolves around the lives of college friends dying for each other. Featuring Aamir Khan, R. Madhavan and Sharman Joshi in the lead roles, the film showcases how students from different places, religions and castes become best of friends and stood by each other until the end. Friendship Day is incomplete without watching this masterpiece.

Another epic friendship drama featuring the three musketeers Saif Ali Khan, Aamir Khan and Akshay Khanna, Dil Chahta Hai was the game changer for mainstream Hindi cinema. Helmed by Farhan Akhtar, the film exhibits the actual bromance we get to see these days. We can definitely connect to the moments lived by the trio and sense a vibe of nostalgia at the end.

Dostana is one of the most loved movies in Hindi cinema in the friendship genre. The film is a perfect example of living your life to the fullest, not judging your friends, and giving them second chance after a mistake. Featuring Priyanka Chopra, John Abraham and Abhishek Bachchan in the lead roles, Dostana teaches to keep your bond stronger despite arguments and fights with your pals.

Jaane Tu Ya Jaane Na is one of the most loved movies that define true friendship. The Genelia D’Souza and Imraan Khan starrer talks about teenage friendship with a twist of ups and downs of young adult romance.

Ayan Mukerji’s directorial Yeh Jawaani Hai Deewani can never be skipped when it comes to friendship. The film teaches us the importance of friendship, how friends stay in our lives no matter what crap we do, and in the end, it’s our friends that matter.

Zindagi Na Milegi Dobara, the title itself depicts the meaning of the film- you live only once. The theme of the movie revolves around three friends who have different struggles in their lives. The dynamic duo siblings Zoya and Farhan Akhtar ensured that they infuse an idea of what friendship and life lessons are made in ZNMD.

Our Bollywood list continues with Luv Ranjan’s directorial Sonu Ke Titu Ki Sweety. Featuring Kartik Aryan and Sunny Singh in the lead roles, the film depicts the true meaning of bromance. However, when the evil lady love enters Titu’s life, Sonu tries to protect his pal in every possible way.

Sushant Singh Rajput starrer college drama Chhichore will surely take you back the memory lane. The film has a blend of comic rants and emotional rollercoasters that will define the meaning of true friendship.

The magnum-opus of the year, RRR, celebrates true friendship. SS Rajamouli’s directorial is an emotional ride about two best friends Ram and Bheem. The two revolutionaries have the same destination. However, their paths are different, which creates a rift between the duo. The film displays a variety of friendship characteristics, including trust, commitment, and most importantly, love.

For those who believe girls can never be best friends, please watch Veere Di Wedding today. The film depicts the bond shared between four girl best friends, who stood by each other in every situation without judging anyone. The all-female film deviates from the traditional formula and showcases female friendship in a rather captivating manner.

Here we end up listing the best Bollywood films based on true friendship. Celebrate the day with your Veere, watching these epic friendship sagas of all time. Happy Friendship Day to each one out there!