The genre of suspense thrillers have been a favorite for all of us, for me it was Anurag Kashyap’s Ugly which got me attracted to suspense thrillers and also until now I considered it the best thriller of Indian Cinema as it builds up the suspense and comes up with an unexpected last-minute twist.

But the 2013 Malayalam film ‘Mumbai Police’ has now changed my perception as for me, now this is the best thriller ever made in Indian Cinema. The climax twist in this film really stands out from many other films out there. The story starts off with ACP Antony Moses (Prithviraj) who loses his memory while investigating a case and hence he has to resume it from level zero. The story further unfolds from Moses recollecting his past and at the same time resuming the murder case of his own colleague and friend ACP Aaryan (Jayasurya).

The film has many unexpected twists and turns, it indirectly plays with the psyche of the viewers. And the best part of this film is the twist during the climax which makes this film a master of suspense thrillers. Directed by Rosshan Andrews, the Last Minute twist in this film is very unexpected and hence the story gets more compelling, at the same time changing the definition of its characters.

Share your views and stay tuned to the Indian Wire for more such articles. 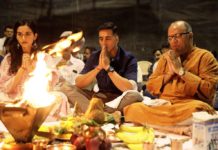 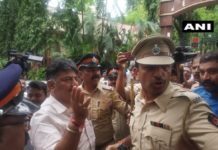