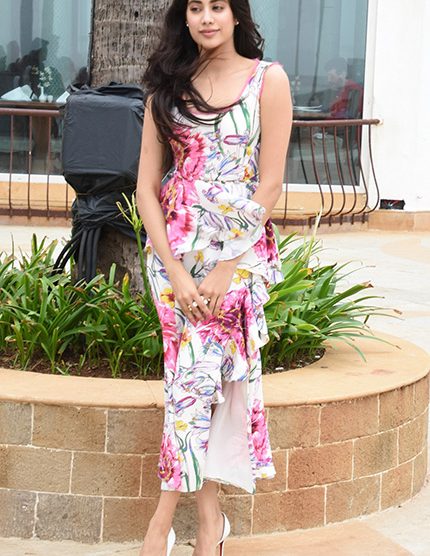 Janhvi Kapoor, who made her debut this year, is going to be awarded by the Norwegian Consulate General in Mumbai. She will be awarded as the ‘Rising Talent of the Year’ in the event which will be graced by her father Boney Kapoor and Iram Haq from Norway. Iram Haq is a Norwegian-Pakistani actress, screenwriter, and director.

Many actors made their Bollywood debut this year but Janhvi Kapoor, who made her debut with Shashank Khaitan’s ‘Dhadak’ stands out of the crowd. Elder daughter of Boney Kapoor and Sridevi won several hearts by her performance in the movie. By the success of her first movie, which was a Hindi remake to a Marathi film ‘Sairat’, she established as a most promising actor of 2018.

Janhvi Kapoor will be next seen in Karan Johar’s ‘Takht’ with some Bollywood biggies like;  Ranveer Singh, Kareena Kapoor Khan, Alia Bhatt, Vicky Kaushal, Bhumi Pednekar, and Anil Kapoor. The film will go on floors by mid-2019 and will be released in 2020.