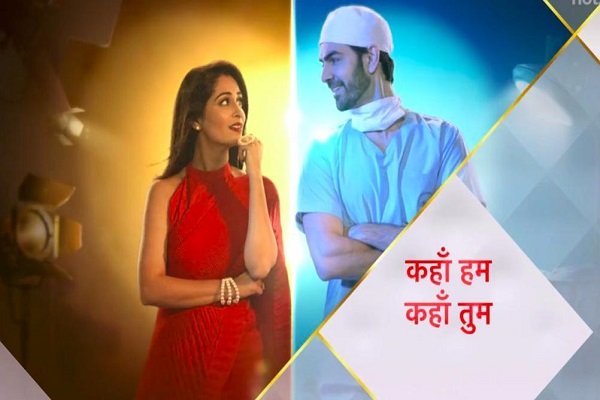 The episode begins with Mahesh forcing Sonakshi to marry him. They’re sitting in a dark studio, in a mandap, and Mahesh is carrying out the duties of the priest. There’s a brief flashback, and then we return to Veena, who sends Pooja to find out if Sonakshi has worn the necklace or not. Raima, who’s dressed like Sonakshi, is worried and suddenly experiences an asthmatic attack. Pooja enters the room and is bewildered to see her in Sonakshi’s wedding dress. She demands to know why Raima is dressed in the bride’s clothes. Raima concocts a story: Rohit realized his love for her, and expressed his feelings to Sonakshi who understood him. He wants to marry Raima, and Sonakshi has accepted their union. Pooja is still skeptical about her assertions and leaves to find Rohit.

Sonakshi wakes up in the abandoned studio, and Mahesh tells her about his obsession with her. He used to see her shooting the scenes and always felt dejected because of their distance, but now he’s going to marry her and take her away to live in a remote area where she won’t be able to contact anyone from her family. Sonakshi attacks Mahesh with a knife but he overpowers her and drags her to the mandap.

Pooja approaches Rohit and asks him about events that took place yesterday. Rohit doesn’t understand that she’s talking about the bride swap and tells her he talked to Sonakshi and she accepted his decision regarding Raima. Sonakshi is still trying to get away from Mahesh, when someone from outside orders them to open the door. She tries to scream but Mahesh clamps her mouth shut.