The Indian Wire » Entertainment » Kapil Dev : I’m sure Ranveer Singh will portray me well on screen! 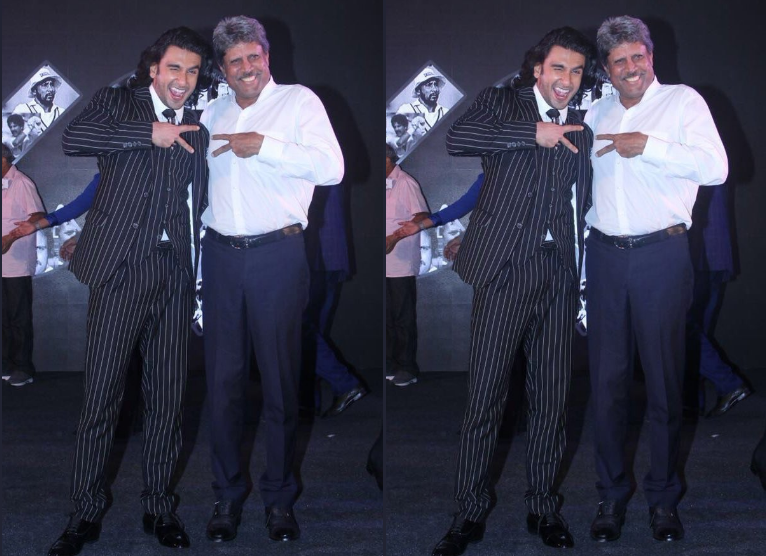 Ranveer Singh is all set to play Kapil Dev in a film based on the World Cup victory in 1983, which will be directed by Kabir Khan.

Ranveer Singh is all set to play Kapil Dev in a film based on the World Cup victory in 1983, which will be directed by Kabir Khan and produced by Anurag Kashyap. After this, there is a lot of buzzes that is going on in the Bollywood ever since the news of Ranveer Singh portraying cricketing legend Kapil Dev broke the net.

There are various reports that claim that the biopic is being made on Kapil Dev’s life. However, the cricketer Kapil Dev clarifies that there is a misconception about the movie that the movie will be based on his life. He said that the movie is not a biopic the movie is set on the plot which is based on 1983 Worl Cup and in that Ranveer Singh will be portraying the role in it. He clearly mentioned that the movie is not on him, but it is about that how they won the World cup as a team as a skipper, his energy, and his passion is inspired by the team India and how all his team helped Kapil Devil win the world cup and that event has totally changed the way cricket was perceived in India.

Moreover, he says that he is very happy because actor Ranveer Singh will portraying his role on screen and he is a fabulous actor and there no question arises that we should doubt him. He is very much sure that he will portray him well on screen and he eagerly waiting to see that how many mistakes does he will make while speaking English because he used to do a lot.

When asked that will he be spending some time along with the actor Ranveer to teach him the mannerisms right. On this, he said Ranveer is a modest man and he does not think that he requires any training for that, but if he wants to spend some time with him or how he talks or how he handles things and if the director wants Kapil to spend some time then he is ready to give all his support to them.

While, Ranveer Singh will also be seen playing the role of ‘Alauddin Khilji’ in his upcoming movie”Padmavati“, which is directed by Sanjay Leela Bhansali and jointly produced by Bhansali and Viacom 18 Motion Pictures. The movie also features Deepika Padukone in the title role as ‘Rani Padmini’, alongside Shahid Kapoor and Aditi Rao Hydari.

Akshay Kumar : An actor is nothing without comedy!
Saif Ali Khan : My upcoming movie ‘Chef’ is actually about love!