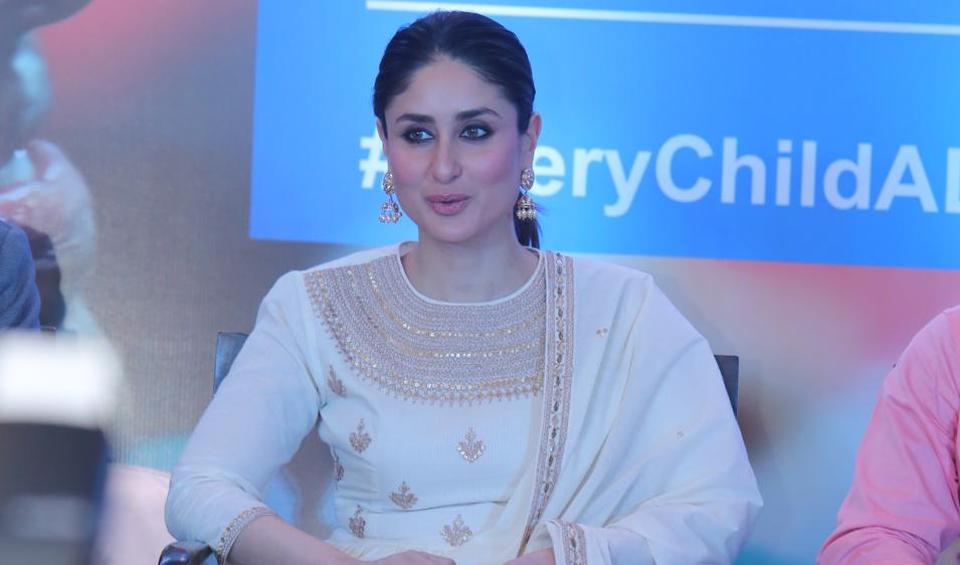 Kareena Kapoor Khan was recently seen the commercially successful Veere Di Wedding. The actress became a mother to a beautiful boy who is already getting just as attention as any star and has been very open about her pregnancy journey. The actress as a UNICEF Goodwill Ambassador will now be a prominent face in spreading awareness about good health among expecting women and children.

According to a report, the star will now travel to small towns to spread awareness about good health and nutrition to expecting mothers and children. A source was also quoted as saying, “According to research, a majority of women, especially in the interiors of India, don’t know the basic dos and don’ts of pregnancy and the first few months post motherhood. So now, as part of the campaign, Kareena will be advising them on how to feed newborn babies and challenge practices that risk their lives as well as that of expecting mothers. She wants to tell everyone to take care of their girl child as female infanticide is a serious issue, too.”

Kareena was contacted to comment on the matter to which she replied, “it is possible to keep more babies alive and healthy. The government is doing everything it can to ensure adequate service delivery.”

Mahesh Babu and Ranveer Singh to work together for new prjoect
Akshay Kumar: Would love to make a biopic on Hima Das
Comment