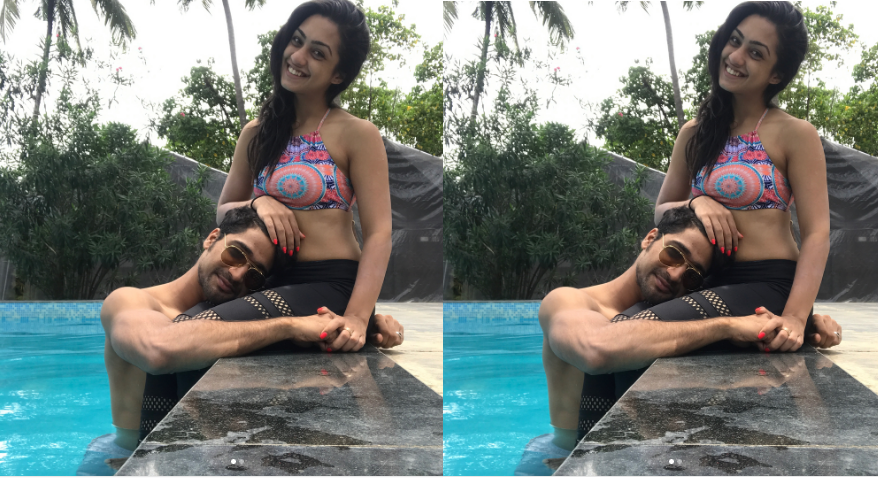 The runner-up couple of "Nach Balaiye 8", Sanam is sharing romantic pictures of his holiday with his girlfriend Abigail Pande.

The runner-up couple of the popular dance reality show ‘Nach Baliye 8’, Abigail Pande and Sanam Johar are currently on a vacation in Goa. Both are sharing pictures on their Instagram account. Finally, the couple got some quality time to spend together after weeks of rigorous dance and training.

Sanam has been sharing romantic pictures from the holiday along with his girlfriend Abigail Pande. He captions the photo saying, “#goadiaries #poolside#mybabie #❤️”

Even Abigail posted a photograph along with a caption, “My hottie @sanamjohar”

Speaking about their relationship Abigail said, “Earlier, we would hardly get time to spend with each other, as we were busy with work. Also, his housing society had issues about a girl coming to meet him late in the evenings. Finally, it was his mother who suggested that I move in with him to understand each other better. My parents also agreed as they are extremely fond of him.” Though the couple didn’t win the show but they surely won many hearts.

Sushant Singh Rajput: “Can’t wait to experience zero gravity”
Toral Rasputra back on TV with her next titled ‘Saibaba’!