The Indian Wire » Entertainment » Shahrukh Khan To Work With ‘Baahubali’ Writer For A Revenge Drama? 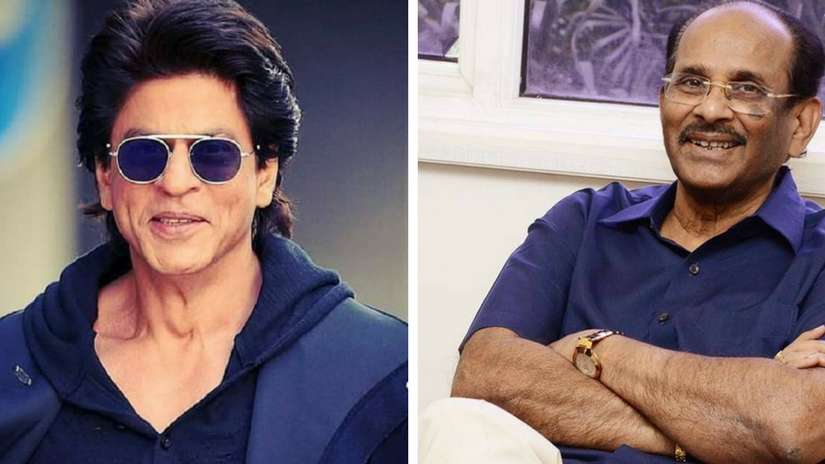 Writer Vijayendra Prasad has attained national fame with ‘Baahubali’ series and fetched good recognition in Bollywood by providing the script to Salman Khan’s ‘Bajrangi Bhaijaan’. The star writer who is busy penning the script for Kangana Ranaut’s ‘Manikarnika – The Queen of Jhansi’ seems to have grabbed yet another biggie. And this time it is beside none other than the Baadshah of Bollywood Shahrukh Khan himself.

Both Bajrangi Bhaijaan and Baahubali ended up being a blockbuster at the box office. And now the writer is keen on working with the King of romance and has approached the actor with a revenge drama script.

DNA quoted a source by saying, “He has written the story keeping SRK in mind. The two recently had a meeting in Mumbai. Prasad flew down from Hyderabad and narrated the story to Shah Rukh. It is a revenge saga, with lots of drama and action. He met Prasad, but he is yet to take a call on the film. He will wrap up Zero before announcing his next project. He’s still deciding which one to pick.”

Shahrukh Khan is currently shooting for Zero which also stars Anushka Sharma and Katrina Kaif. This will be the first time where he would sport the role of a dwarf on the silver screen. Zero will hit the theatres on 21 December 2018. A few weeks earlier SRK had released the title of the film with a small teaser. And so amidst all this, the Baadshah is considering to star in the movie but has not given his nod yet.

Vijayendra Prasad who is currently working on the script for Kangana Ranaut’s Manikarnika: The queen of Jhansi and has been roped in to script the sequels to 2001 blockbuster Nayak and Akshay Kumar – Sonakshi Sinha starrer Rowdy Rathore as well.According to reports, Vijayendra had also approached Ajay Devgn for a period film, but reportedly the actor had turned down the offer.

All we can do is look forward to these two big names coming into action. But for the magic to happen King Khan has to say yes to the project.

In response to all the condemning responses, Deepika says she finds ‘Padmavati’s’ journey extremely relevant.
Twitter Not Happy With Ed Sheeran’s Grammy Win