The Indian Wire » Entertainment » Sunny Leone looks too hot to handle in a traditional avatar, check out THESE pictures Actress Sunny Leone never fails to look amazing in any kind of outfit, be it western or traditional Indian.

She recently shared some of her pictures on her Instagram profile, clad in a lovely blue outfit styled by Hitendra Kapopara. 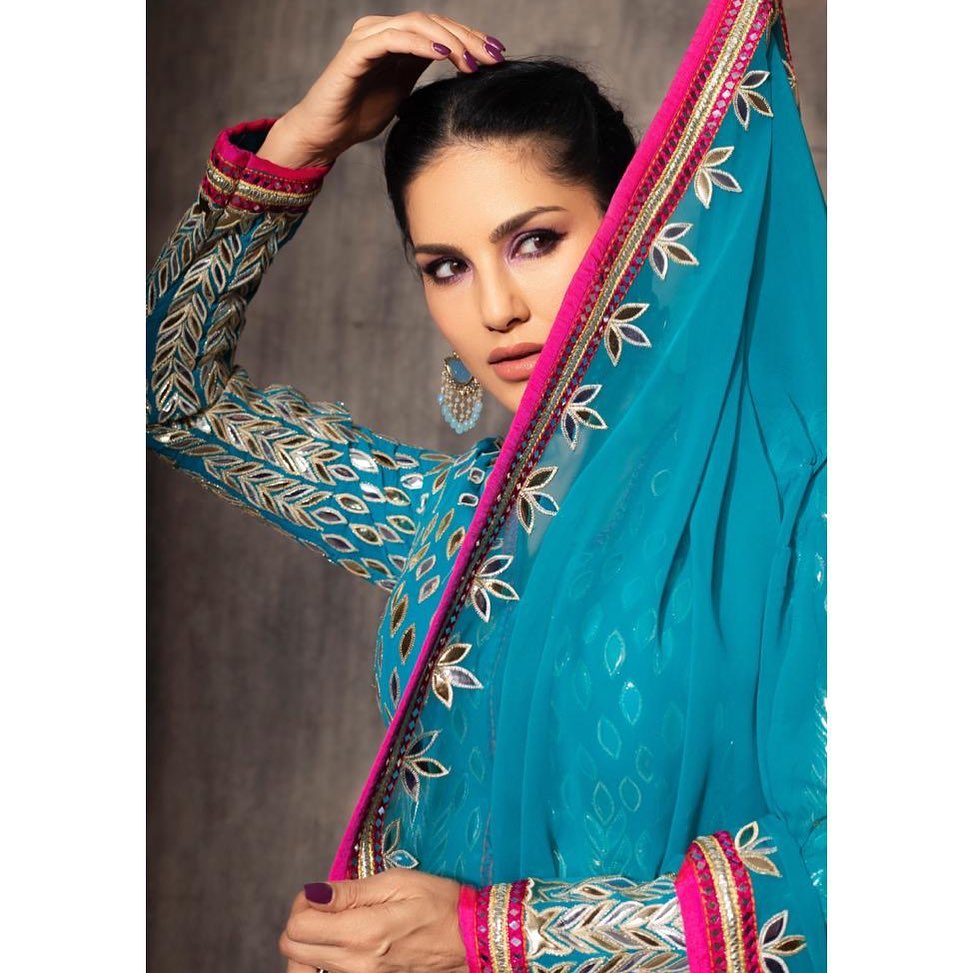 On the work front, Sunny had recently made a special appearance on the song “Battiyan Bujhaado” from the upcoming comedy drama ‘Motichoor Chaknachoor.’

This year, she had appeared in the song “Funk Love” from the film ‘Jhootha Kahin Ka’, starring Jimmy Shergill, Rishi Kapoor and Sunny Singh.

Sunny will be next seen playing the title character in the Tamil period drama ‘Veeramadevi’, directed by Vadivudaiyan.

One of her films, ‘Tina and Lolo’, co-starring Karishma Tanna and directed by Devang Dholakia, remains unreleased till date.