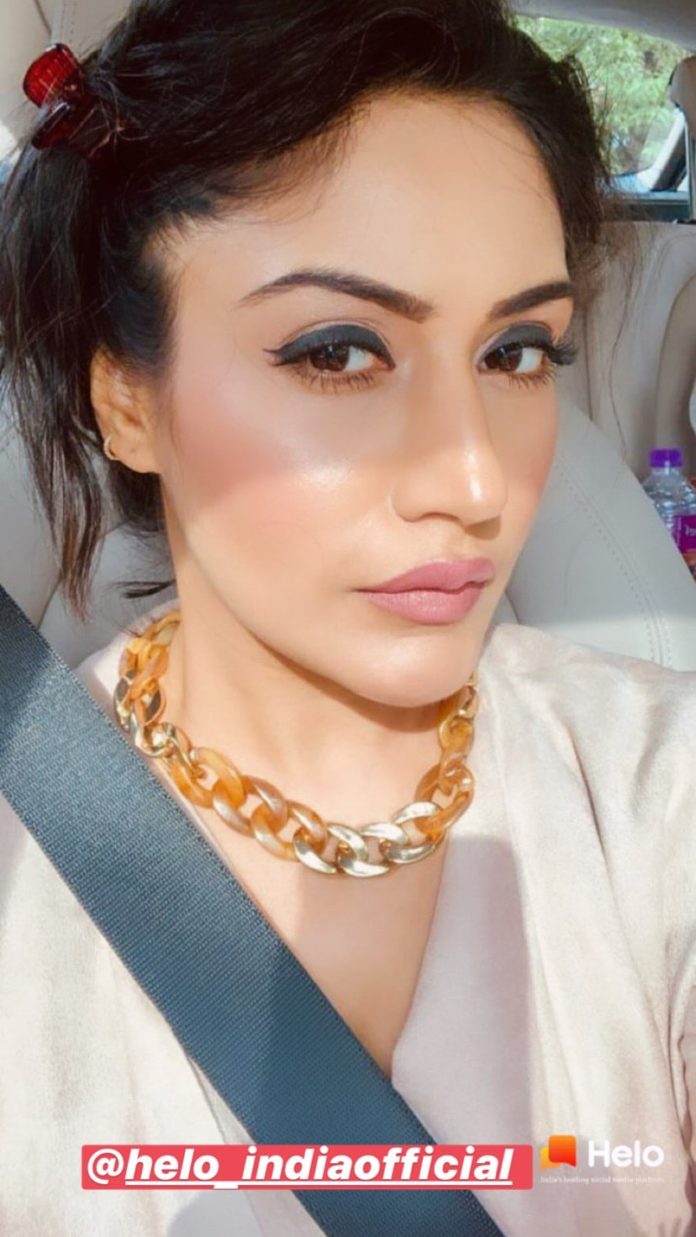 Actress Surbhi Chandna is one of the most recognisable faces in the television industry today.

She recently shared some of her amazing pictures on her Instagram profile wearing a cool blue outfit.

The ‘Sanjivani’ actress looks scintillating as she poses with style. On the work front, she is currently seen playing the role of Dr. Ishani Arora in serial ‘Sanjivani’, which is a reboot of the 2002 serial of the same name.

She had started her acting career in 2009 playing a brief role of Sweety on the comedy serial ‘Tarak Mehta Ka Oolta Chashma.’

Surbhi then appeared as Suzanne in ‘Ek Nanad Ki Khushiyon Ki Chaabi…Meri Bhabhi’ on Star Plus.

She also acted as Haya Qureshi in ‘Qubool Hai’ and Sia in the anothology horror serial ‘Aahat.’

Surbhi gained recognition for essaying the role of Annika Trivedi in ‘Ishqbaaz’. It earned her several awards and recognition’s like Asian Viewers Television Awards for Female Actor of the Year.

Surbhi reprised her role of Annika in its spin-off serial ‘Dil Boley Oberoi.’