The shoot of Kajol starrer upcoming Netflix film Tribhanga has been completed. The film’s producer Sidharth P Malhotra took to his social media account to announce the wrap up and wrote, “Today as we wrap #tribhanga principle shoot  I can’t wait to share this magical film soon with you all.”

He shared  his picture with Kajol and another with the film’s team including director of the project Renuka Shahane. About his leading lady, Malhotra wrote, “Very few people have the ability to switch on and off so beautifully. It’s been magical watching this mad hatter who is all heart, soul and actually adjectives fall short to describe the brilliance she brings alive on celluloid.”

He admitted that after the first narration of the film he could not imagine anyone but Kajol playing the role. He thanked her for agreeing to do it and confessed that it was a privilege watching her perform on set. He said that he would work harder to find more opportunities to work with her.

Malhotra also expressed his gratitude for Shahane and wrote, “It’s been a true honor and pleasure sharing this wonderful dream of yours and making it a reality.” He further added, “I’m sure when I and every technician and actor on the film looks back… we will have a smile on our faces thanks to your leadership and aura of making it such a wonderful and fun shoot.”

According to news agency IANS, Tribhanga is set in Mumbai and tells a complex story that goes back and forth through three generations of the same family, from the late 1980s to modern-day.

The film is bankrolled by Ajay Devgn Films along with Bannijay Asia and Alchemy Productions. It also features Mithila Palkar, Tanvi Azmi and Kunaal Roy Kapoor in important roles. 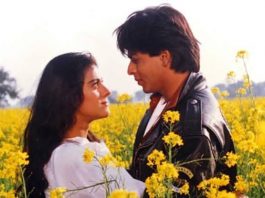 Bronze Staue of Shahrukh Khan and Kajol from DDLJ to be... 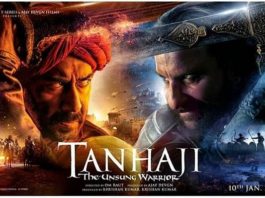