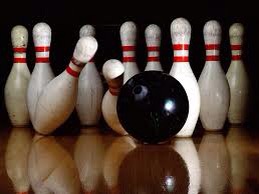 Gurgaon, 18th December, 2014: PVR bluO, India’s leading bowling destination in association with one of the world’s best-selling luxury automakers in the world BMW celebrated the ultimate clash of corporate titans of India’s largest Amateur Corporate Bowling Tournament at PVR bluO, Gurgaon and across other bluO centers in the country- Chandigarh, Bangalore & Pune. The grand finale of the sixth edition of BMW Pin Strike Nationals’ in Gurgaon witnessed 16 teams and team RK Capital emerged victorious and won a weekend trip sponsored by BMW. Team Make My Trip and Team Orix Auto Infrastructure Services were the first and the second runner’s up of the tournament.

This year, the finale also witnessed a never- seen- before bicycle relay rally nationally, where the corporates biked with a bowling pin as a torch-bearing for the tournament and the finalists rode the GIANT Starkenn Bicycles as an opening to the grand finale.

While congratulating the winners, Mr Peeush Tomar, Head Strategic Alliances & Marketing PVR bluO, said, “It’s amazing to have witnessed a fantastic turnout this year and an overwhelming level of excitement for the grand finale. Post a month- long tussle, everybody was eagerly eyeing for the winner’s trophy. Congratulations to all winners! The sixth edition has received a huge turnout and we are encouraged to aim for a much bigger edition next year. I would like to thank all our partners who have extended their whole hearted support without which this tournament would not have been the success that it is today”.

Top 8 Places for a Perfect Breakfast in Bangalore – Buon appetito!
AT THE MADRAS KITCHEN – exploring the Chennai cuisine
Comment