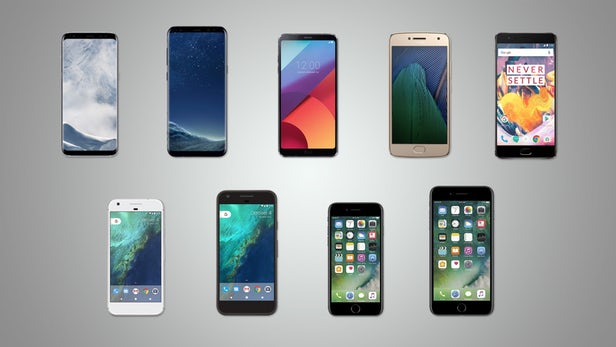 Smartphone these days have become one of the most reliable and the most indispensable form of consumer electronics all over the world. It is a device that shares more personal time with us than our own relatives. Smartphones have achieved this place in our lives probably because of their utility in day to day life of an average consumer. Although there is a long list of possible advantages of having a smartphone by our side, these devices do come with some cons as well, one of them being exposure to radiation. A report published by The German Federal Office for Radiation Protection (Bundesamt für Strahlenschutz) shows the level of radiation emitted by both old and new smartphones.

The data shred by Statista shows that the criteria for the research was set to current smartphone models as of December 10, 2018, and included OEMs like Apple, BlackBerry, Google, HTC, Huawei, LG, Motorola, OnePlus, Samsung, Sony, Xiaomi and ZTE.

The tests were reportedly carried out by calling with phones and placing them on the ear. The results show that the Xiaomi Mi A1 topped the list among the smartphone emitting the most radiation. Mi A1 was launched in 2017 and is used by a wide variety of people all over the world. The second device on the list of devices emitting most radiation is also from a Chinese manufacturer, the OnePlus 5T. The list showing the amount of radiation emitting from smartphones is dominated by Xiaomi and OnePlus. Both Xiaomi and OnePlus each have four devices on the list while devices from Google, Apple, Sony, HTC and ZTE are also featured on the list. The top 5 spots in regards to smartphones emitting the most reaction are Xiaomi Mi A1, OnePlus 5T, Xiaomi Mi Max 3, OnePlus 6T, and HTC U12, respectively.

There is no universal guideline for a safe level of radiation, nevertheless, the featured list is where smartphone manufacturers would not want their devices to be listed.

The German certification for environmental friendliness, also known as ‘Der Blaue Engel’ (Blue Angel), only certifies phones with a certain absorption rate of lesser than 0.60 watts per kilogram. The devices listed have more than double the threshold value. Samsung Galaxy Note 8, ZTE Axon Elite and LG G7 emit the least amount of radiation among phones tested by the German agency.