HMD Global has launched a new higher variant of the Nokia 6.1 Plus in India. The new variant comes with 6GB of RAM and 64GB of internal storage. The device comes in Gloss Black, Gloss White, and Gloss Midnight Blue color options and is priced at ₹18,499.

The device is currently available through the company’s official online store and is expected to be made available offline through leading offline stores in India on March 1.

Nokia 6.1 Plus features a 5.8-inch full-HD+ display with a display resolution of 2280×1080 pixels. It is powered by Qualcomm Snapdragon 636 SoC coupled with Adreno 509 GPU. The device comes in 4GB and 6GB RAM variant and has 64GB of onboard storage which is expandable up to 400GB using a microSD card. It runs on the stock version of Android 8.1 Oreo and is backed up by 3,060mAh battery.

In terms of optics, the device houses a dual camera setup at the back compromising of 16-megapixel primary sensor and a 5-megapixel secondary sensor. At the front, the Nokia 6.1 Plus has a 16-megapixel selfie shooter.

Nokia has recently released the Android 9.0 Pie update for the Nokia 6.1 Plus smartphones. The update brings various new features like App Actions and Digital Wellbeing to the device.

Nokia is also expected to release the Nokia 9 PureView during the MWC this year. The Nokia 9 PureView is expected to come with a 6-inch AMOLED QHD+ display which will include an in-display fingerprint sensor. Reportedly, the phone will be powered by Qualcomm Snapdragon 845 SoC instead of the newer chipset from Qualcomm.

The most interesting part of the Nokia 9 PureView is its camera and the module compromises of five sensors with a main RGB sensor, a wide-angle sensor, telephoto, monochrome and a depth sensor. 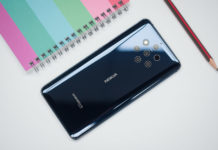 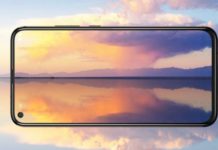 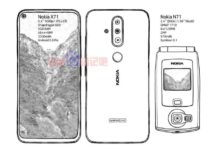