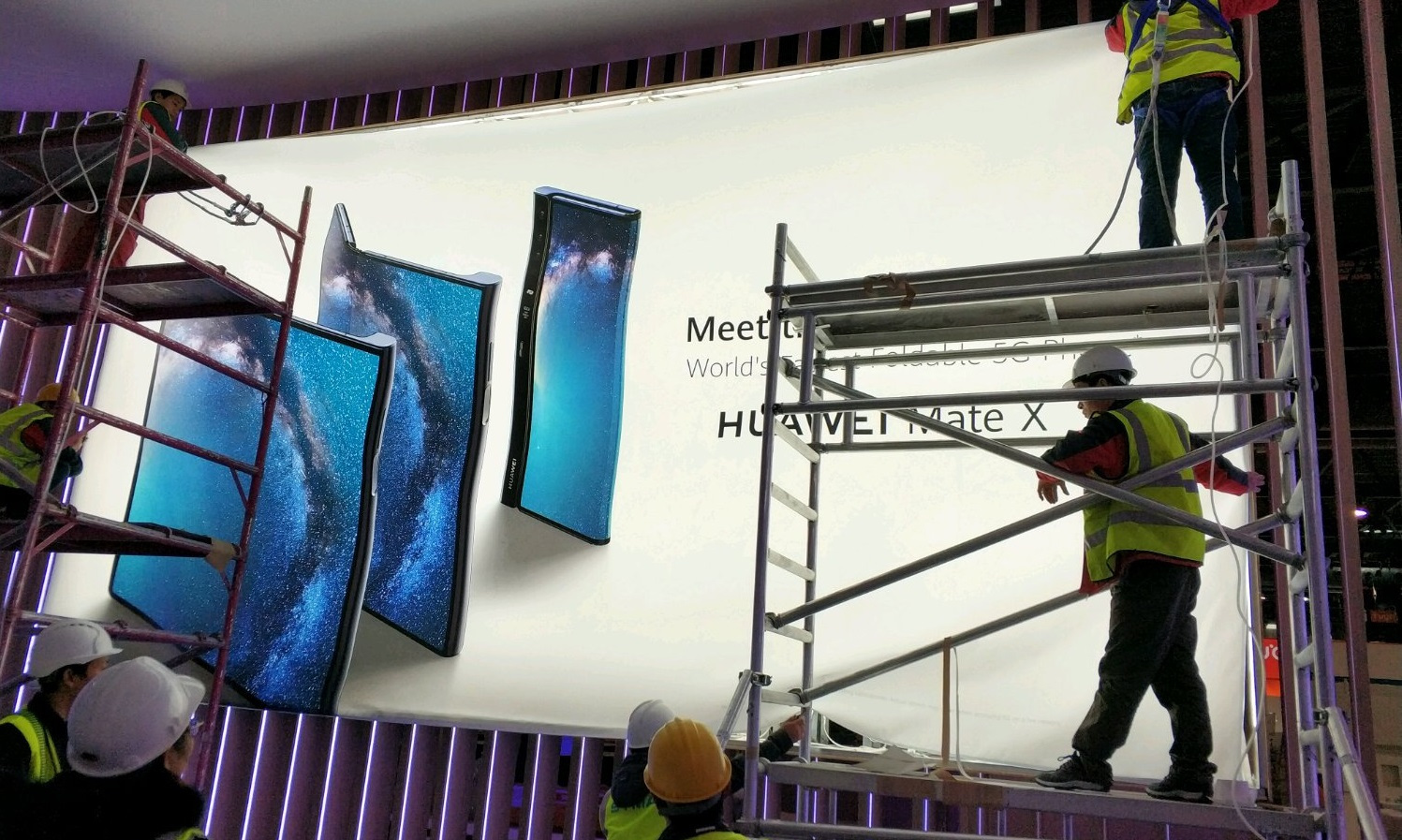 We already know that various companies are expected to follow this venture of releasing their own respective foldable smartphones at MWC 2019.

Nevertheless, ahead of the official kick-off of the MWC, a Twitter user posted a picture of a banner featuring Huawei’s foldable smartphone, Huawei Mate X, that the company was presumably expected to showcase at this year’s show.

Huawei has been reported to be working on its 5G enabled foldable smartphone for months and the company recently teased the device on its official MWC invite. However, the leaked banner gives a better perspective of what the smartphone could look like. Featuring pictures of the device in both folded and unfolded form factor, the banner reads  “the world’s fastest foldable 5G phone,” along with the confirming that the device will be called Huawei Mate X.

If the leaks are legit, Huawei seems to be taking a different approach to its foldable smartphone than the Samsung Galaxy Fold by folding the screen outward to convert the single larger display into a usable screen on both sides of the closed phone. Samsung Galaxy Fold features two discrete screens: a smaller one on the outside and the larger, folding internal display.

Besides its foldable design, Huawei Mate X is reported to come with 5G support, a triple-rear camera setup, and a fingerprint scanner on the side. Interestingly, Huawei has been taking jabs at Samsung most of the Thursday through its Twitter account so it won’t be surprising if the company releases its foldable smartphone at MWC, which starts tomorrow.

Nokia 6.1 Plus 6GB RAM with 64GB Storage launched in India
Intel 5G Modem Chips to not appear in phones Until 2020, Should Apple Be Worried?
Comment