Dota 2 Outlanders Update 7.23 is live now: Here’s everything you need to know 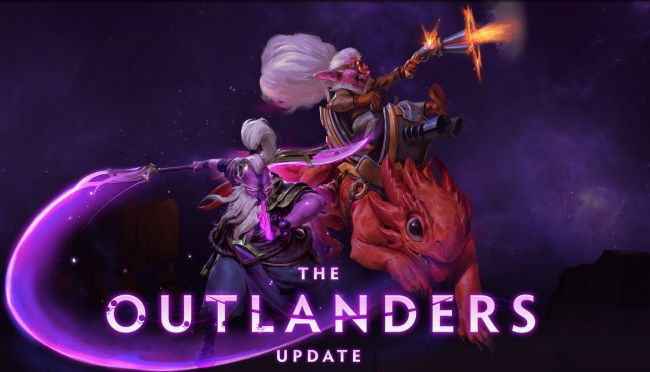 Dota 2 is one of the biggest Esports video games. During the recent The Invitational which is the biggest Dota 2 tournament of the year, Valve announced update 7.23, as a part of the Dota 2 Outlanders update which is live now. The update adds two new heroes namely, Void Spirit and Snapfire alongside tons of smaller balance changes to existing items and heroes. Here’s everything you need to know:

Void Spirit has now officially arrived as a hero in Dota 2. Here’s what he is capable of:

Void Spirit dispatches a remnant aspect of himself to stand sentinel over a small area. The remnant peers in a single direction, waiting to pull in and damage enemies that cross its gaze.

Void Spirit temporarily fades into the aether, creating a number of portals through which he can reassemble himself and cause damage to enemies in the area where he reappears.

Void Spirit wraps himself in a protective shield that absorbs physical damage and emits a single damaging pulse around him. The shield gains increased damage absorption for each enemy hero the pulse hits.

Void Spirit consumes a charge to rip through reality into the astral plane, damaging all enemies along the rift path and inflicting a void mark that slows and detonates for significant damage.

Another hero that Valve has added is Snapfire.

Snapfire unloads with a wide blast from her trusty scattergun that damages and slows enemies. Particularly effective at point-blank range.

Snapfire feeds a potent cookie to Mortimer or an ally, causing them to hop a short distance. The hopping unit stuns and damages enemies in the landing zone.

Snapfire unleashes a volley of fixed-damage attacks with her lizard-mounted battle cannons, gaining rapid fire and bonus attack range while slowing the attack speed of enemies she hits.

Snapfire rears up on Mortimer, guiding his aim as he launches burning globs of firespit that damage on impact and linger on the ground to slow enemies and cause more damage over time.

Some other major changes: