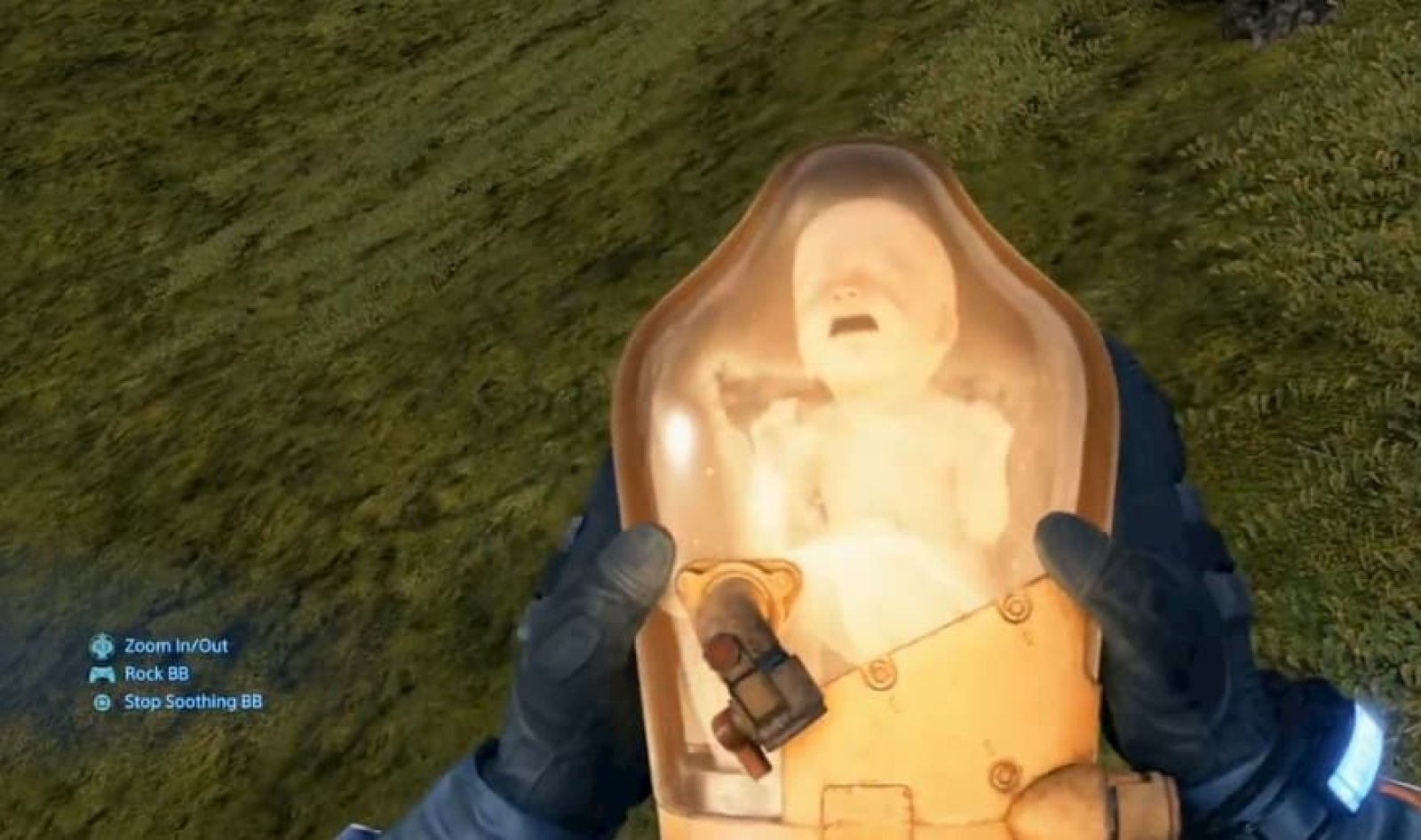 Death Stranding has been in the news for quite some time now. Yesterday, at Gamescom 2019 Opening Night Live hosted by Geoff Keighley, director/producer/designer/co-writer Hideo Kojima debuted three new trailers from the game and further talked about the new exciting gameplay, imagery, and other features of the game.

“There are a lot of characters which appear in Death Stranding and each has a sub-story away from the main story. ‘Mama’s setting is that her baby was born on the other side and not in her world. However they are still connected by the umbilical cord, that’s how they still exist.”

The trailer starts off with Norman Reedus as Sam Porter, loitering around mountainous terrain, cradling his bridge baby who surprisingly guides him and helps him fight against monsters(BT’s). The game also shows glimpses of motion controls to comfort the baby carried inside a tube on Sam’s back. But what more weird is that we see that as the baby pees, a mushroom sprouts out. On this, Kojima further says that if a bunch of players pee at the same spot, the mushroom might be useful, and it could even be used as a weapon.

Well, for now, the trailer looks quite enthralling and all we can do is wait until the game finally rolls out and we get to get our hands on the baby pee mechanics and other exciting features.