TikTok is back in India. The Chinese short-video making app has gained the ranking of the most downloaded smartphone app in India within just two days after it made its return on Google Play Store and Apple App Store in the country after a week-long ban.

According to App Annie, TikTok, before taken down from the app stores in India, was on the top of the ranking of daily downloads in India. 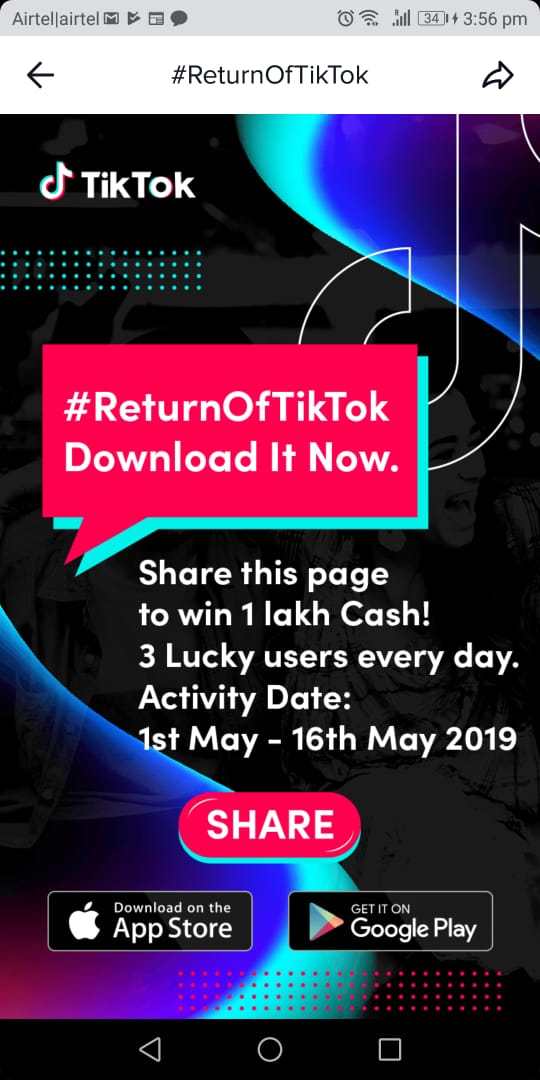 Madras High Court lifted the ban of TikTok last week, which had the app removed from app stores in India. The app returned to app stores two days ago.

The significant number of downloads may be a result of the app, which is owned by ByteDance, using cash incentives to surge download rates. Every day between May 01 and May 16, the app is offering users who download the app a chance to win ₹1 lakh.

ByteDance is implying these aggressive promotion techniques in order to make up for the revenue that the company lost over the week of the ban. As per a Reuters report, the company claimed to have lost $500,000 (Rs3.48 crore) per day during the ban.

After its reinvigoration in India, TikTok seems to be taking cautious steps while moving forward. Yesterday, the company announced two new safety features that it is looking forward to introducing in the country: new notification controls, and a device management tool to help users control logins to their devices in order to prevent hacking. The company also launched an in-app quiz for users on security practices, which aims to teach them about password safety, phishing attempts, and scam websites.

Last week, as the general elections in India began,  the app started showing users a warning not to share fake news when they searched hashtags related to Indian politics.