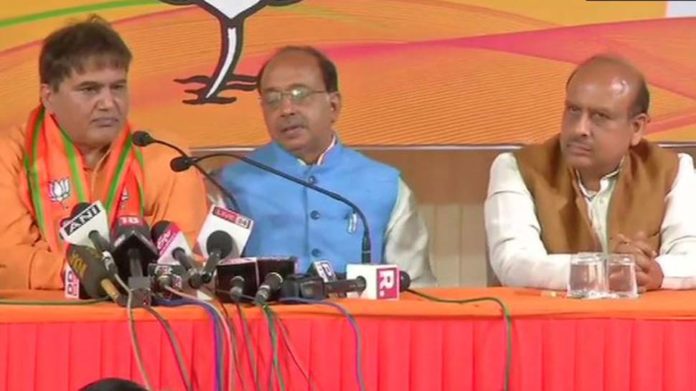 Aam Aadmi Party Rebel Lawmakers – Devinder Sehrawat and Anil Bajpai – on Wednesday filed their responses to Delhi Assembly notices issued to them under the anti-defection law. Both the Lawmakers were issued notices by Delhi Assembly Speaker for joining the Bharatiya Janata Party.

Speaking to media, Both – Sehrawat and Bajpai – confirmed the development and said that have filed their responses to the Assembly Secretary through their lawyers. The two legislators are slated for a personal hearing before the Speaker on Thursday.

It comes after the Supreme Court, last week, refused to interfere with the petition filed by Former Aam Aadmi Party (AAP) legislator, Devinder Sehrawat, who had challenged the disqualification notice issued to him by the Delhi Assembly Speaker under the anti-defection law.

The Apex Court had said that MLA can raise his grievances during the proceedings on the disqualification notice before the Delhi Assembly Speaker.

Earlier, the Delhi ruling Aam Aadmi Party moved to the Delhi Assembly Speaker Ram Niwas Goel, seeking disqualification of its two MLAs who joined the Bharatiya Janata Party in a run-up to the national elections.

The two Lawmakers – Anil Bajpai from Gandhi Nagar and Devinder Sehrawat from Bijwasan – had joined the Bharatiya Janata Party (BJP) on May 3 and May 6 respectively in a run-up to the national polls.

However, Sehrawat moved to the Apex Court Challenging the disqualification notice. The Apex Court had asked him to first appear before the Speaker.