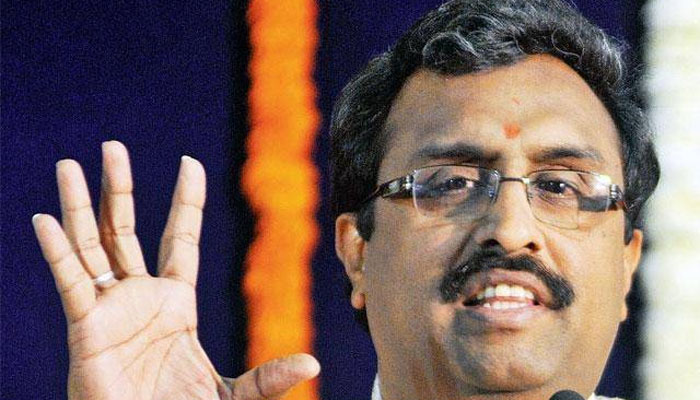 National General Secretary of BJP, Ram Madhav on Wednesday told the media that the party is likely to look for ‘other options’ if the Supreme Court does not fast-track the hearing of Ayodhya title dispute now. According to Madhav, the ‘other options’ include the option of an ordinance.

On Ram Janmabhoomi-Babri Masjid title dispute, he said that the party is hoping that the Supreme Court concludes it by the earliest. He said that Ram Mandir in Ayodhya is a commitment by BJP since 20-30 years.

A Supreme Court bench led by Chief Justice Ranjan Gogoi has decided to take up the Ram Janmabhoomi-Babri Masjid dispute case on January 4 along with a hearing on the petition questioning the delay in adjunction in the matter.

The apex court in October rejected an urgent hearing into the matter after the Uttar Pradesh government argued that it should be taken up on priority because it is a 100-year-old dispute.

Also, Union Minister for Law and Justice Ravi Shankar Prasad urged the Supreme Court on Monday to fast-track the hearing of the case for rapid disposal of the issue.

Various saffron outfits have been constantly pressing the government to bring a law which would pave the way for construction of Ram Mandir in Ayodhya even before the court’s verdict comes.