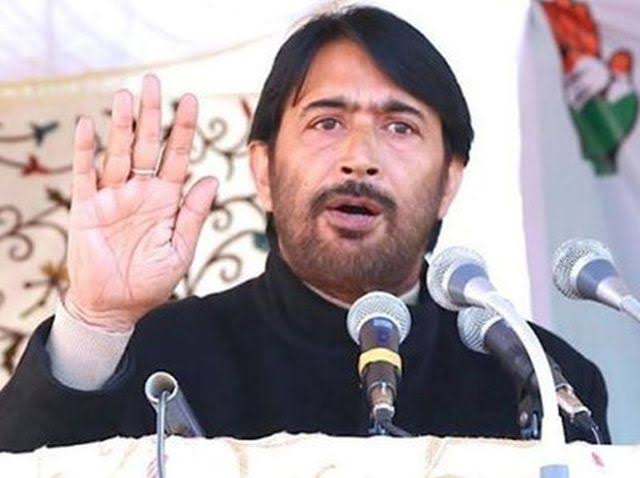 Angered over the matter of interacting with visiting European Union delegation in Kashmir without prior permission, Congress party issued a show-cause notice three of its senior leaders on Wednesday.

These three leaders of the party had met the EU delegation in Srinagar, regarding which the party had no prior information. Announcing the issuance of the notice, Jammu and Kashmir Pradesh Congress Committee (JKPCC) president Ghulam Ahmad Mir told PTI, “The party has issued a show-cause notice to its party leaders, who have met the visiting EU parliamentary delegation without prior permission of the party to explain their position within a week”.

Ghulam Ahmad Mir expressed his seriousness over the matter and said that the leaders should not have done it and asked in what capacity they went to meet the EU delegation.

It has been reported that Usman Majid participated in a dinner meeting with the delegation after receiving a call for the invitation, whereas Channi Singh had gone with a delegation of a Sikh minority forum. Farooq Andrabi had met the delegation as a journalist.

Recently, Narendra Modi has invited members of the EU parliamentarian to visit the Jammu and Kashmir and assess the political situation in the valley region. However, the step has been criticized by Congress and various opposition parties as Indian parliamentarians were denied permission for the same.

Speaking on the same, former Finance Minister P Chidambaram said, “European MPs may be invited to attend Parliament & speak in favor of the govt. Who knows? It may happen.”

#WATCH Delhi: While being taken to Tihar jail, Congress leader P Chidambaram speaks on the delegation of European Union (EU) MPs which visited Jammu & Kashmir y'day. Says "European MPs may be invited to attend Parliament & speak in favour of the govt. Who knows? It may happen." pic.twitter.com/gT3eugu2v6