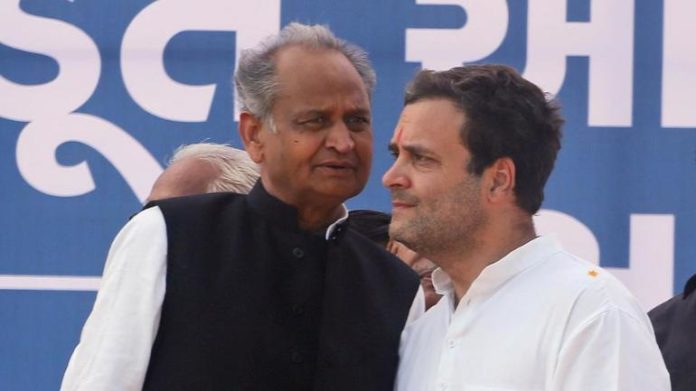 Congress president Rahul Gandhi along with Rajasthan Chief Minister Ashok Gehlot met Alwar gangrape survivor today and said that would be done to her and her family. He also said that “I have not come here to do politics it’s an emotional thing for me and I have come to meet the survivor.”

The state police claimed that all six accused in gang rape have been arrested including the individual who filmed the crime and threatened the survivor to share the clip on social media if she approached the police.

On April 26 a member of the Dalit community was riding pillion on a motorcycle with husband when men on motorcycles waylaid them and took them to a field. The accused allegedly thrashed the husband and raped his wife in front of him

The survivor’s husband claims that the police were informed on April 30 and the FIR was not launched till May 7, a day after the fifth phase of the Lok Sabha elections in the state were concluded.

Prime Minister Narendra Modi while addressing an election rally in Ghazipur, Uttar Pradesh, hit at the Congress government in Rajasthan saying that “A Dalit girl was gang-raped by thugs. Instead of catching the accused Congress is trying to bury the case and this happened because elections were being conducted in the state at that time. Because of the elections, they delayed justice.”

Decision on Chhattisgarh CM to be taken tomorrow, wait ends for Rajasthan and MP