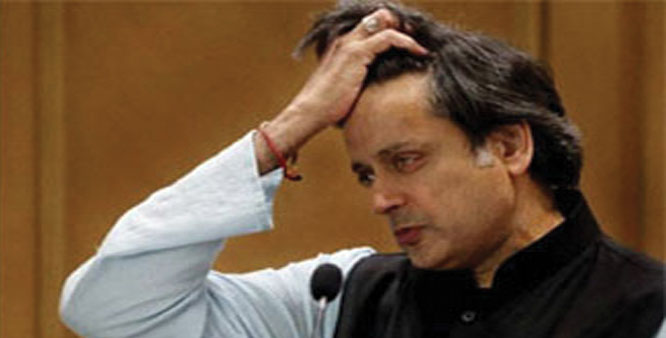 “Scorpion over Shivling” was the remark that landed Shashi Tharoor in trouble. Despite many hearings, he is finding it hard to clear his name from the case. Samar Vishal, Additional Chief Metropolitan Magistrate scheduled the date of the further hearing to August 27. The case has been filed under Section 251 of CrPC code.

Shashi Tharoor is said to have hit the headlines with his remarks from the stage of Bangalore Literature festival held on October 28. After his remarks, Delhi BJP (Bhartiya Janta Party) Vice-president Rajeev Babbar filed the case against the Congress MP for hurting his religious sentiments. He further described the remarks as baseless and misleading. He also demanded Rs. 5 crores as compensation.

Rajeev Babbar stated in the complaint “I am a devotee of Lord Shiva. However, the accused (Tharoor) completely disregarded the sentiments of crores of Shiva’s devotees, made the statement which hurt the sentiments of all the Lord Shiva devotees, both in India and outside the country, the Complainant’s religious sentiments were hurt and accused deliberately did this malicious act, intending to outrage religious feeling of Lord Shiva devotees by insulting their religious beliefs.”

Congress MP Shashi Tharoor has called that the defamation case is of frivolous nature and this case filing is an attempt to curb his freedom of expression.