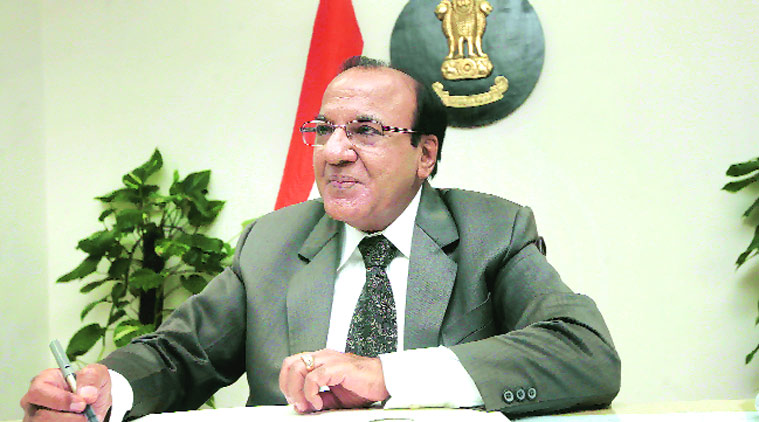 Himachal Pradesh will be facing the assembly elections on 9 Nov 2017, while the elections in Gujarat will be held before 18 Dec said the EC.

Chief Election Commissioner (CEC) AK Jyoti, in a statement during the press conference, on Tuesday had said that both Himachal Pradesh and Gujarat both will be holding the assembly elections in Dec this year.

Earlier today it was said that the EC, by 4 pm will announce the dates for the polls for the states. However, as per the latest updates, the EC has declared 9 Nov as the date for polls in Himachal, while the dates for elections in Gujarat will be announced next week. The results for the polls in Himachal will be announced on 18 Dec. The election is kept in Nov, keeping the weather conditions such as snowfall in the state, in mind.

During the announcement, Jyoti said that it will be for the first time, that Himachal Pradesh will have 136 all-women managed booths. He also informed that VVPATs along with EVMs will be used during the voting and the height of voting compartments will be increased to 30 inches.

Since the announcement was made the model code of conduct has come into effect in Himachal Pradesh, said the said Chief Election Commissioner AK Jyoti. He also informed that in order to keep a check on the paid news a special monitoring committee will be set in Himachal Pradesh. He also announced that the polls will be monitored with videography and CCTV cameras. The District Election Officer will arrange cameras, allotment of symbols, preparation and storage of EVMs, polling processes etc, he added.

Just a few minutes after the announcement was made, the Congress began, criticising the decision of only announcing the dates for Himachal polls and keeping the sated of Gujarat polls to be announced later, giving a massive advantage to the BJP.

Tehseen Poonawalla, who has campaigned for the Congress on various occasions, slammed the Election Commission’s decision.

CEC was serving under @narendramodi .Will add to the perception of being pro BJP. Both Gujarat and Himachal Pradesh should hv been announced

The #ElectionCommission must always keep in mind it is a constitutional body not babus working under @PMOIndia .

As far as conducting the elections in Gujarat, though the EC did not announce any date yet, but it has said that the assembly elections there will be held prior to 18 December.

Responding to the criticism of Tehseen Poonawalla, the election commissioner said that it is not the first time that the dates for the elections in the two states are being announced separately. Supporting his statement he said that even during the polls in  2007 and 2012, the Assembly elections in Gujarat and Himachal Pradesh were announced separately.

He also said that the elections in Gujarat are also postponed on the request of the state government. Gujarat Chief secretary had written a letter to the EC requesting more time, saying that the work for July floods relief and rehabilitation is yet to completed properly. Since roads have been washed out, and the relief works began in September, the state government asked for more time to enforce the Model Code of Conduct.

AK Joyti also indicated that the assembly polls and the Lok Sabha elections may be held simultaneously. He said that “40 lakhs EVMs and VVPATs are expected to be received from its manufacturers BHEL and Electronic Corporation of India which will help conduct Lok Sabha and Vidhan Sabha elections together.”

Tribal in Gujarat eager to show the strength of their votes
SC declares sex with wife below 18 as rape, raises hope to criminalise marital rape