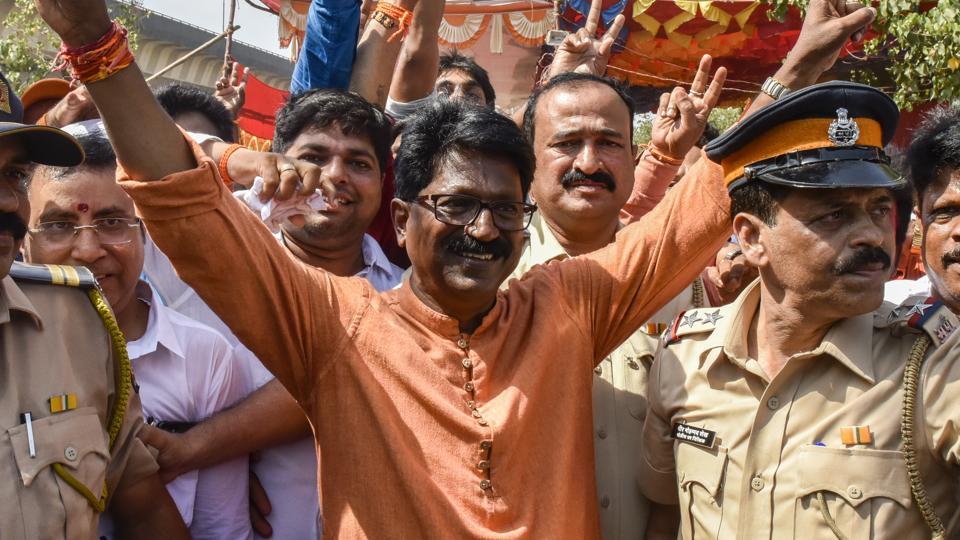 Shiv Sena MP from Mumbai Arvind Sawant is all set to get a cabinet berth in the next Narendra Modi-led government at Centre. Shiv Sena Spokersperson Sanjay Raut on thursday confirmed the development and said Sawant will be administrated oath along with PM Modi at Rastrapati Bhawan in New Delhi in mega event.

He added that it has been decided each ally of BJP-led National Democratic Alliance will get a Cab inet berth in the next Bharatiya Janata Party-led government at Centre.

Sanjay Raut, Shiv Sena: It is decided that there will be one minister from each ally https://t.co/3UX0YjReNj

Responding to a query over Mamata Banerjee‘s decision not to attend PM Modi swearing-in ceremony, Raut said, ‘Being the Chief Minister of the state she should have join the official function, She may have political differences’

He added that Prime Minister of the country helps the states in any bad and difficult times, she should not forget this.

Narendra Modi is slated to take oath as Prime Minister for second term later today along with his Council of Ministers at 7pm at Rashtrapati Bhawan in the national capital.