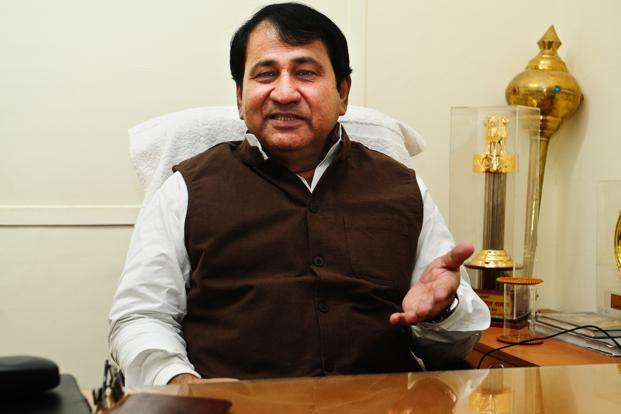 Giving a jolt to Congress and creating a flutter in Bihar Politics, party leader Shakeel Ahmad on Monday resigned from the post of Senior Spokesperson of All India Congress Committee.

“As I have decided to file my nomination papers tomorrow from Madhubani Parliamentary Constituency in Bihar, I’m resigning from the post of Senior Spokesperson of AICC. I’m sending my resignation to Congress President Rahul Gandhi “, he tweeted on Monday.

However hours after the tweet he clarified that he has not resigned from the party but from the spokespersonship.

As I have decided to file my nomination papers tomorrow from Madhubani Parliamentary Constituency in Bihar, I’m resigning from the post of Senior Spokesperson of AICC. I’m sending my resignation to Congress President Shri @RahulGandhi .

Shakeel Ahmad had decided to contest as an Independent candidate from Madhubani Lok Sabha Seat after his traditional seat of Madhubani went to UPA ally Vikassheel Insaan party under a poll pact of Mahagathbandhan.

Speaking following the resignation, Congress Leader said, ‘I will seek support from the party if party high-command would not extend the support, I’ll be in fray as an Independent.

Mahagathabandhan in a run-up to the mega polls 2019 has allotted Madhubani Seat to VIP while BJP has named Hukumdeo Narayan’s son Ashok Yadav from the seat for the Lok Sabha Polls 2019.

Lok Sabha elections in Madhubani will be held on May 6 in the fifth phase. The last day to file the nomination is April 18.

Congress and RJD have forged an alliance in Bihar along with small allies like Upendra Kushwaha’s RLSP, VIP and others. The Congress alliance in the state is taking on BJP and JDU alliance that also have LJP.

The four seats of Bihar including Jamui voted on April 11 as part of Phase-I Voting.