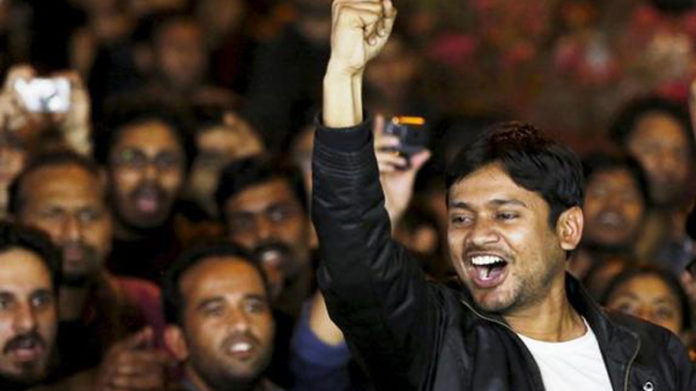 Former JNUSU President Kanhaiya Kumar who has been fielded by the Communist party of India from Bihar’s Begusarai for the upcoming Lok Sabha Polls 2019 has so far collected over 31 Lakhs as crowdfunding. A total of around 2400 people have far donated money with a maximum amount of 5 Lakh rupees from a former publisher.

A Crowdfunding platform Our Democracy is used to galvanize support and monetary funding for the CPI candidate who is in fray from Begusarai Parliamentary.

As per the rules, the maximum permissible expense limit is 70 Lakh for any Candidate contesting the Parliamentary Elections. People looking after Kanhaiya’s Poll Campaign said the exercise to gather crowdfunding will be discounted soon after the amount reaches to the bar of 70 Lakh set up by the poll body.

Commenting on the development, Satya Narain Singh, secretary of CPI’s unit as quoted saying by The Indian Express, ‘Our party has always been depended for contribution from common people in Polls.  Kanhaiya has totally digitized our old system of fund collection and it has worked well’

Founder of the crowdfunding Platform ‘Our Democracy’ Bilal Zaidi said the crowdfunding campaign for Kumar was launched on March 26 and by the end of the day 1, around 30 have been collected. We have so far collected Rs 31 lakh’

While asserting that the platform seeks all details of the donor, Zaidi said the system of crowdfunding is fully transparent.

We have received requests t from Independent candidates from Ara and Kishanganj (Both in Bihar) said, Zaidi, founder of crowdfunding platform ‘Our Democracy’.

Kanhaiya Kumar as a CPI candidate in Begusarai will face Giriraj Singh of BJP and RJD‘s Tanveer Hasan.

Begusari will vote on April 29.