Mobile internet services have been restored in the Kargil district of Union territory of Ladakh, after 145 days or blackout. The internet services were cut off after Article 370 – that gave special status to people of Jammu and Kashmir, was abrogated in the month of August this year.

As Kargil is returning back to state of normalcy, the services have been restored by the government. The officials of the area have urged people not to misuse the facility. However, broadband services were already functional in Kargil district.

Addressing the media, BJP’s Ram Madhav said, “4 months ago, a large number of people were put under preventive detention. But, today, only 30-32 prominent leaders are under preventive detention and in total the number is less than 100. Internet services have resumed in Kargil from today. We expect that internet services will soon be resumed in Jammu region and Kashmir valley as situation becomes favorable.”

This development comes 2 days after the Union Home Ministry ordered withdrawal of 72 companies of Central Armed Police Forces (CAPF) or paramilitary forces from newly-created Union Territory of Jammu and Kashmir.

The order has been issued after the review of security situations in Jammu and Kashmir where these forces were deployed even before August 5 – the day the Centre announced abrogation of Article 370 of the Constitution, giving Jammu and Kashmir special status.

On August 5, Union Home Minister Amit Shah had announced abrogation of Article 370 in Parliament and moved a Bill to bifurcate Jammu and Kashmir into two Union Territories – Jammu and Kashmir with an Assembly and Ladakh without one. 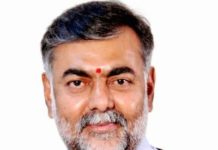