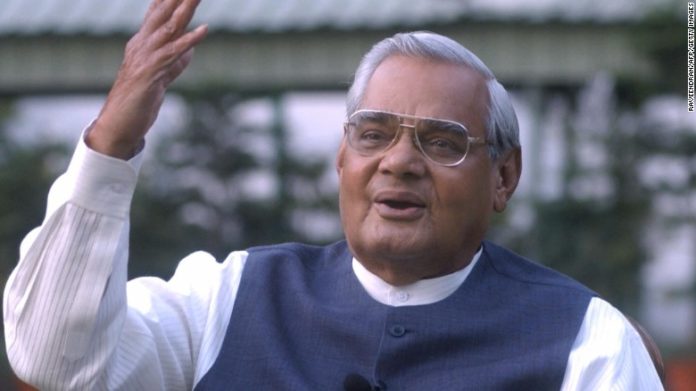 On the upcoming first death anniversary of political giant, Atal Bihari Vajpayee, The ruling party BJP (Bhartiya Janta Party) has decided to honor its tallest leader. It is expected that the party will celebrate the anniversary on a large scale across the whole nation.

Atal Bihari Vajpayee died on 16th August 2018 in New Delhi due to respiratory disease. The great leader has served India for 3 terms as Prime Minister, the first term being a brief of 13 days in 1996, then a second term for a period of 13 months from 1998 to 1999. He ultimately had his full term from 1999 to 2004. During his terms, He has been very instrumental in shaping India’s foreign policy and steering the county’s nuclear program. ‘Bus Diplomacy’ and ‘Pokhran test’ owes its success to Atal Vajpayee only.

At a general secretaries meeting of BJP, party president Amit Shah conveyed this decision to the party’s working president JP Nadda. The party is expected to make a grand tribute to the tallest leader. It also wants all members of BJP family to remember Atal Bihari Vajpayee. The party will ask all its leaders, state units to pay proper tribute to Atalji in every district. There is also talk of a cultural evening to remember Atal Bihari Vajpayee.

The party has also decided to celebrate the upcoming Independence Day and Rakhi festival with much zeal. It is planning to encourage to tie rakhi on soldier’s hands. The party’s objective for such a plan is to give soldiers a sense of belonging to their families.

For Independence Day celebration, Party is said to direct its members to offer garlands to the statue of martyrs and hoist Tricolor flag in their area.