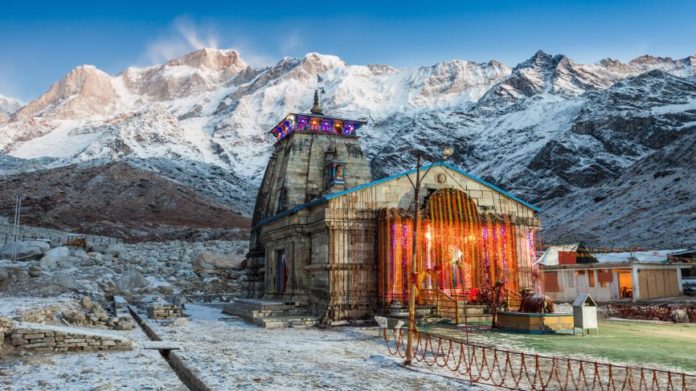 Prime Minister Narendra Modi is scheduled to visit the revered Hindu shrine Kedarnath temple in Dehradun, Uttarakhand on May 18 and will visit Badrinath on the following day, a day before the seventh and final phase of the Lok Sabha elections 2019.

The Uttarakhand State disaster relief force (SDRF) has set up wireless and telecommunication systems and explain its security to make the Char Dham yatra a success for PM Modi.

The commandment for State Disaster Relief Force, Tripti Bhatt has directed all the officials in the Kedarnath valley to maintain vigil in view of the Prime Minister’s visit to the Kedarnath temple ahead of the Lok Sabha polls.

The officers of the Badri Kedar Temple Committee (BKTC) have been asked to coordinate with the administrative officials about the PM’s visit to Uttrakhand.

Modi has often included his connection with the shrine in the past speeches adding that he visits the shrine every year and last year was present at the opening and closing of its portals.

Previously Narendra Modi addresses the Diamond Harbour constituency in West Bengal for the Lok Sabha elections on May 19.

542 parliamentary constituencies have witnessed polling in the six phases of elections on April 11. April 18, April 23, April 29, May 6, and May 12. The seventh and the last phase of polling will be held on May 19. The results for the Lok Sabha elections will be announced on May 23.

Congress MP from Kollam joined BJP, saya Sonia has no love for India