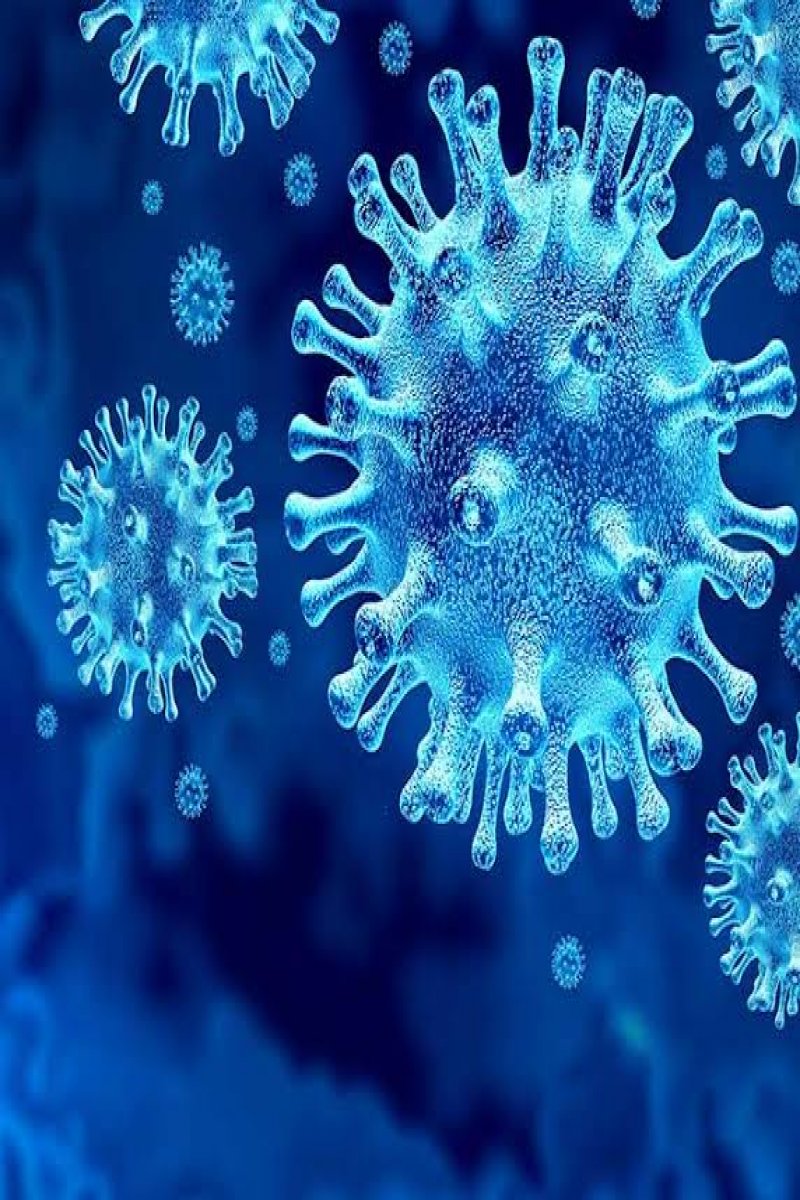 New Delhi: The Union Health and Welfare Ministry on Tuesday circulated standards of procedures (SOPs) for passengers arriving from the United Kingdom (UK) to India amid the detection of a new strain of the coronavirus in the UK.

According to SOP, “A new variant of SARS- CoV 2 virus [Variant Under Investigation (VUI)-20212/01] has been reported by the Government of the United Kingdom (UK) to the World Health Organization (WHO). This
a variant is estimated by the European Center for Disease Control (ECDC) to be more transmissible and affecting the younger population.”

Earlier on Monday, the Union Ministry of Civil Aviation temporarily banned all the flights originating from the UK to India till 11:59 pm, 31st December. The ministry said “This suspension to start w.e.f. 11.59 pm, 22nd December. Consequently, flights from India to the UK shall stand temporarily suspended during the above said period.”

The SOP further stated, “This Standard Operating Procedure (SOP) describes the activities to be undertaken at the point of entry and in the community for all International passengers who have travelled from or transited through the UK in the past 4 weeks (from 25th November to 23rd December 2020). Any reference to testing in this SOP implies RT-PCR testing only.” 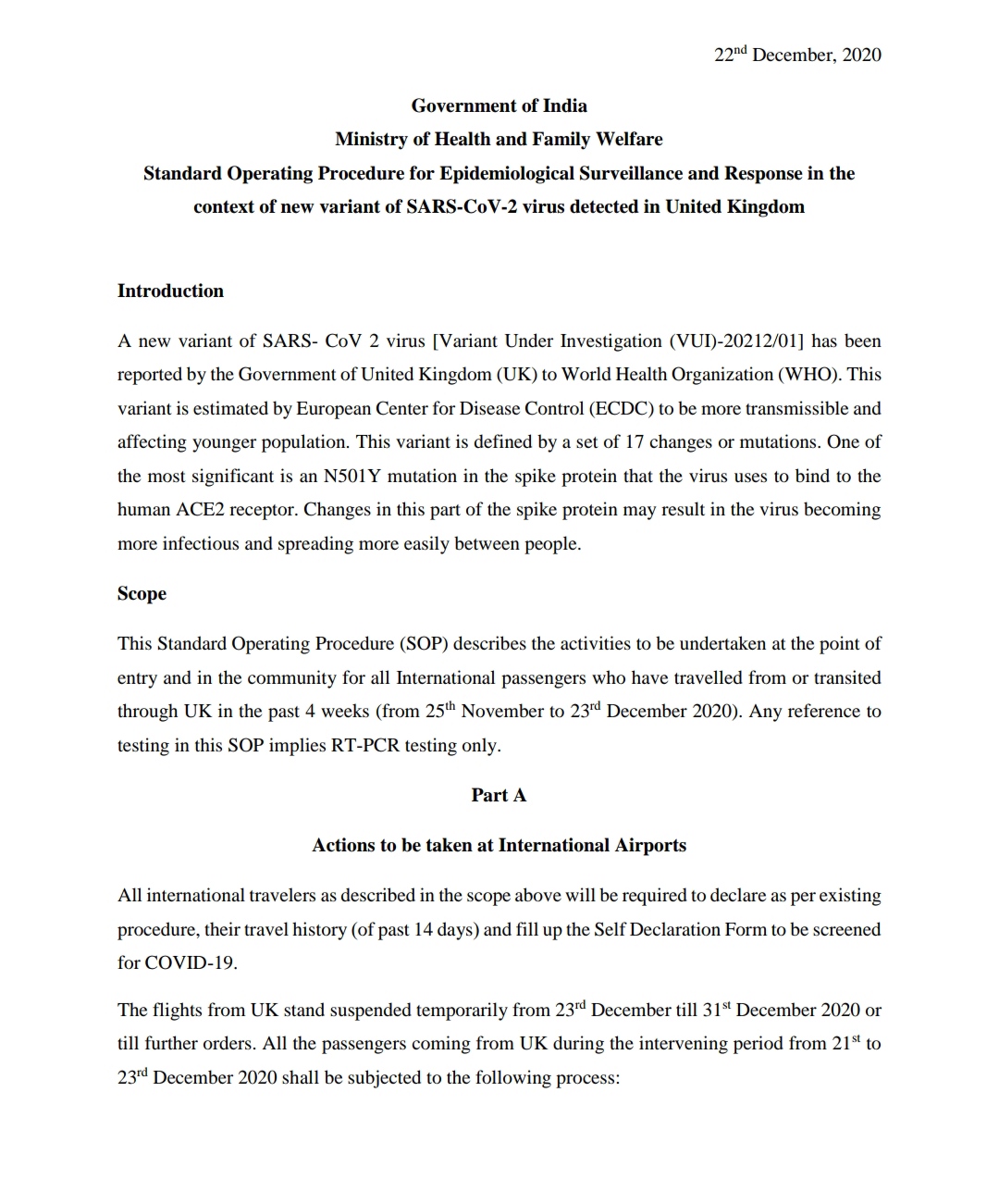 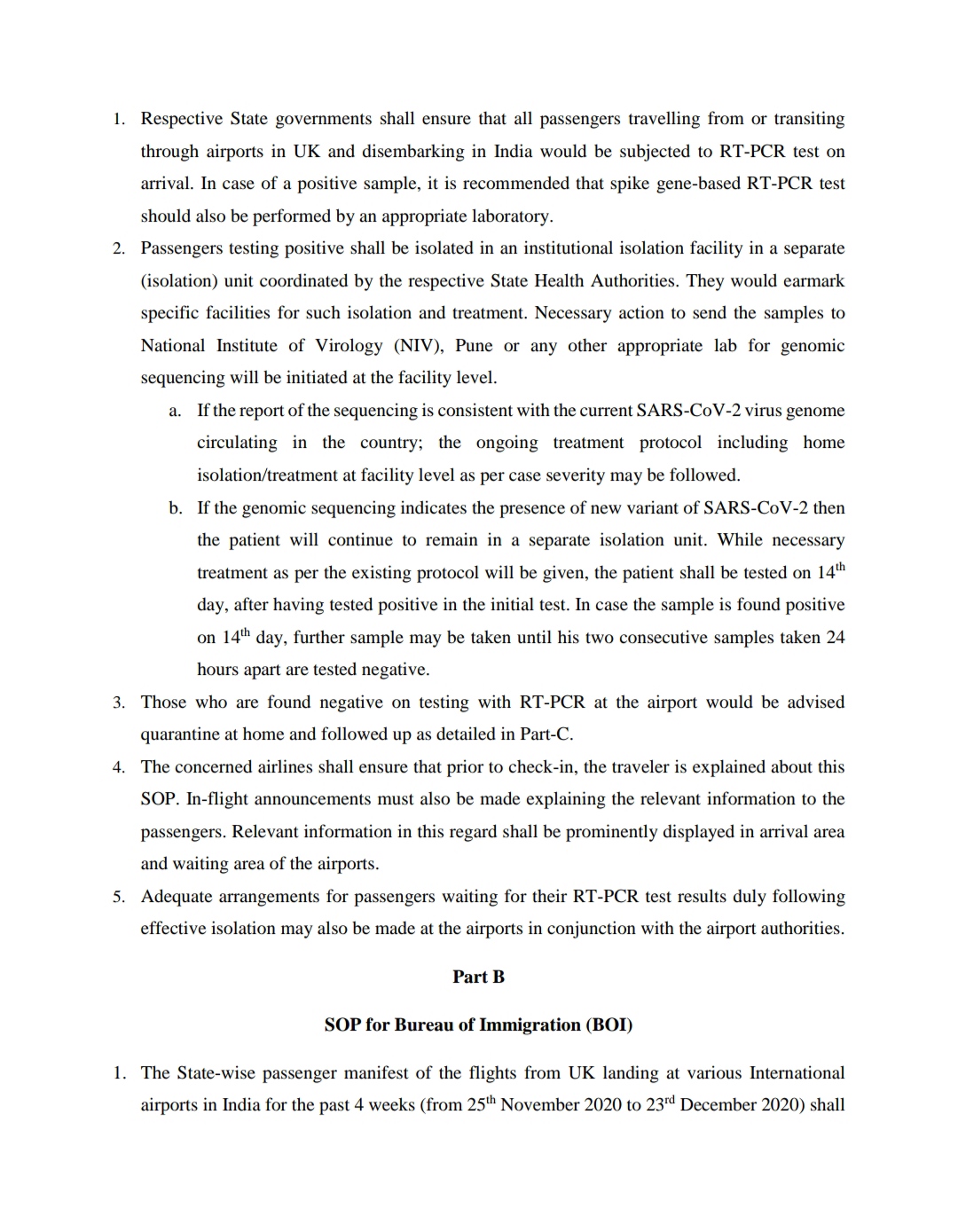 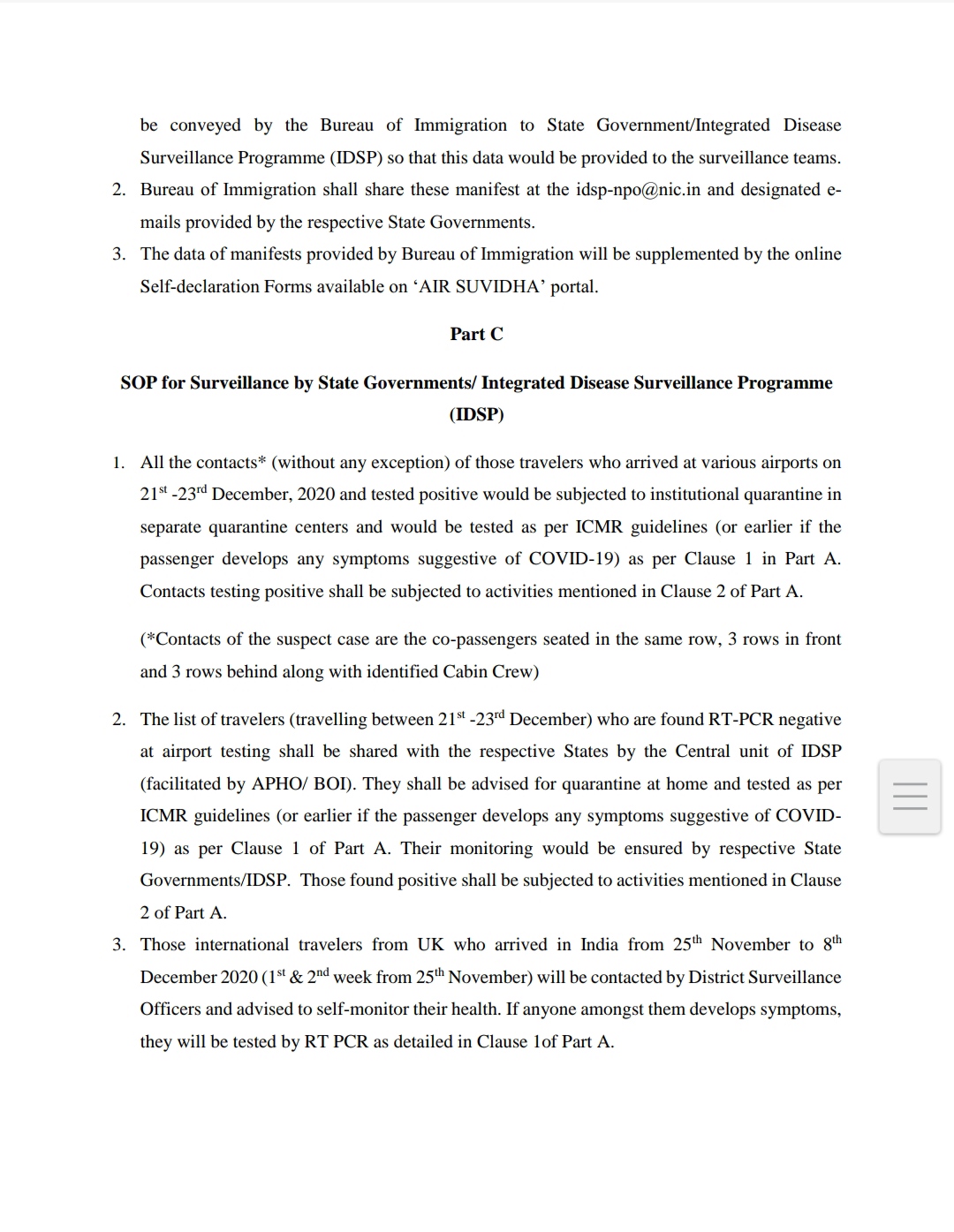 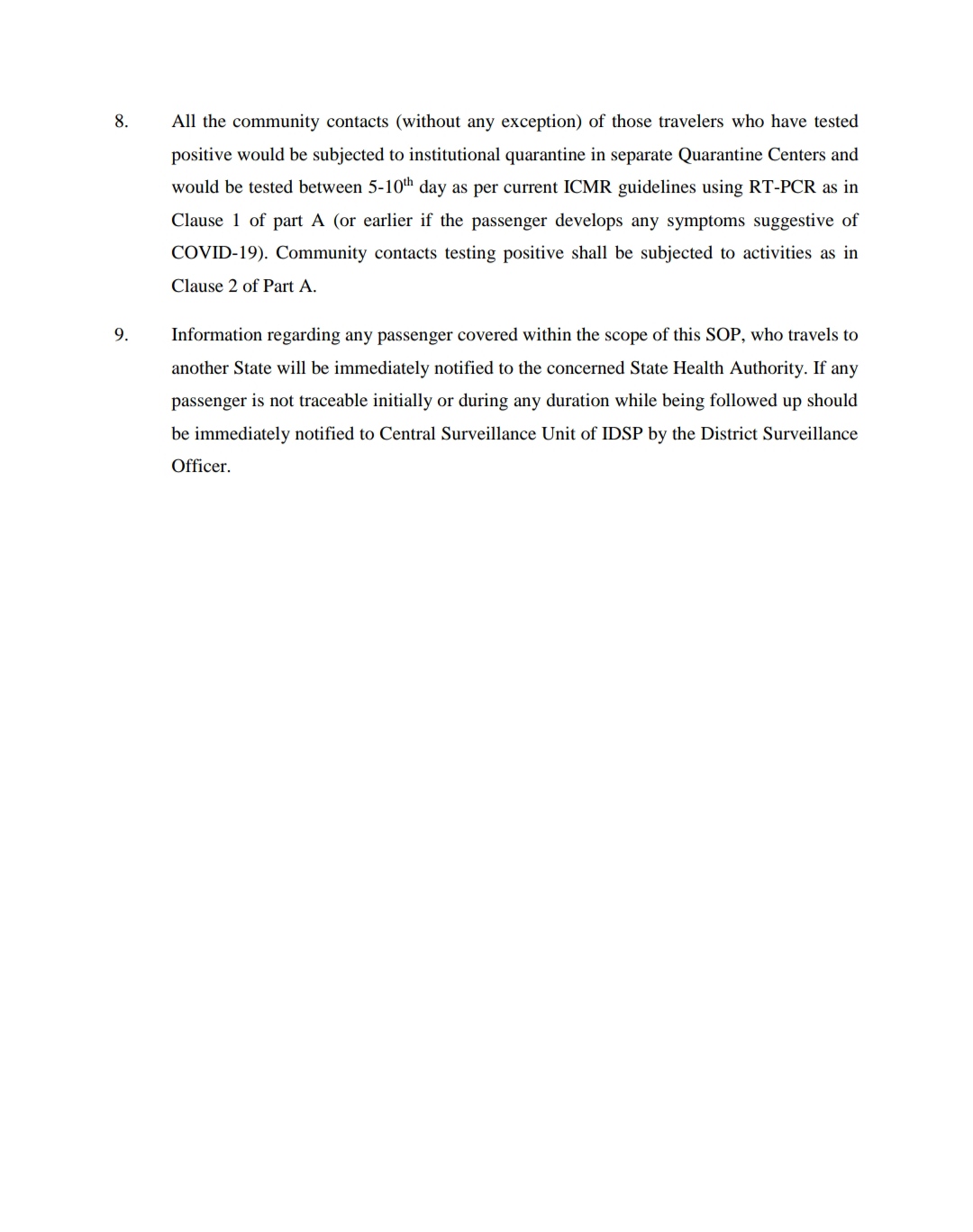 If experts of the UK are to believed, the new strain is believed to be 70% more infectious and transmissible.

Meanwhile, five out of 266 passengers and crew members of a flight that landed at Delhi airport and from London last night have tested positive for coronavirus. Their samples have been sent to the National Centre for Disease Control ( NCDC), for research and they have been sent to the care centre, said Nodal officer for COVID-19.

Dr. Harsh Bardhan, Union Health Minister requested the people of Indian not to worry. He said the central government was on alert about the new strain of coronavirus that has been detected in the UK.