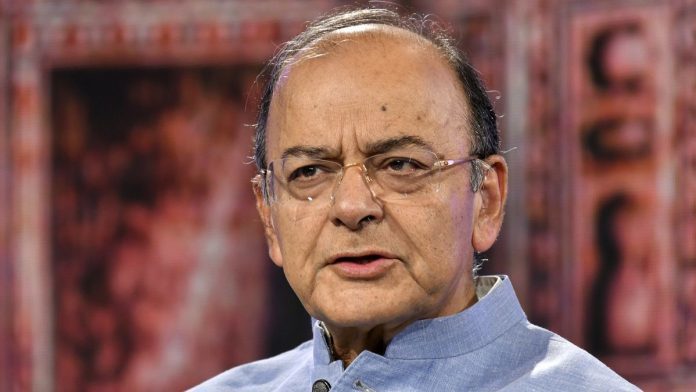 Jaitley said democracy had become a casualty in West Bengal.

The Minister tweeted: “Mamata Didi – Democracy has become a casualty in Bengal. Opposition workers are murdered, candidates are attacked, polling booths are captured and Opposition leaders are not entitled to organise rallies.”

Mamata Didi – Democracy has become a casualty in Bengal. Opposition workers are murdered, candidates are attacked, polling booths are captured and Opposition leaders are not entitled to organise rallies.

A rally of BJP President Amit Shah was axed after the landowner who had rented out his property withdrew his consent.

In an interview to a news agency, Mayawati mounted a scathing personal attack on the Prime Minister saying that he could not be expected to respect other’s sisters and wives when he had left his own wife for political gains.

Jaitley tweeted: “Behan Mayawati – She is firm on becoming a Prime Minister. Her governance, ethics and discourse stoops to an all-time low. Her personal attack on the Prime Minister exposes her as unfit for public life.”

Why have the so called ‘Left Liberals’ gone into hiding?

The Bharatiya Janata Party (BJP) too hit out at Banerjee for not allowing Amit Shah’s chopper to land and let him hold an election rally in Jadavpur.

Addressing the media at the BJP headquarters, Union Minister Prakash Javadekar said Banerjee was “crushing” democracy and the people will give her a befitting reply through the ballot.’

He urged the Election Commission to take note of what the West Bengal government had done.

Javadekar said Banerjee was so rattled that she was seeing the Central Reserve Police Force (CRPF) personnel as members of Rashtriya Swayamsevak Sangh (RSS). “She is desperate.”

However, this is not the first time that a BJP Leader has been denied permission to land a chopper and hold a rally in Mamata Banerjee’s bastion.

Earlier Similar situation outbursted during BJP’s National President Amit Shah‘s visit to the state on January 22. A controversy over the Visit erupted after West Bengal Government refused to give permission to the state BJP to land party president Amit Shah’s chopper at the Malda airstrip.