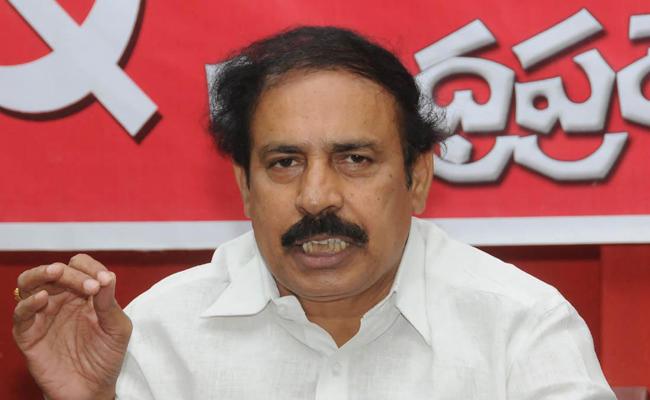 State secretary of CPI, K. Ramakrishna, on Sunday, said that companies were donating huge sums to political parties and that the names of such firms should be revealed. He also blamed the Election Commission for being partisan to the government of Andhra Pradesh. Ramakrishna stated how TDP leader Diwakar Reddy‘s expose of Rs.50 crore being spent from each assembly constituency before elections was not investigated by the ECI.

“The BJP preaches people on tax compliance but maintains utmost secrecy when it comes to money flowing into its coffers.” he alleged.

He also blamed the BJP for issuing electoral bonds to corporates. “In just 10-days after the election notification was issued, Rs 2,256 crore was spent to purchase BJP election bonds by the corporates. It only shows their objective to get favours from the BJP government. On the one side, the Centre is stressing ‘transparency’ and on the other, it does not want to disclose the names of those who purchased election bonds,” he said.

Electoral bonds are promissory notes payable to bearer on demand and without interest rates. Donors can donate to their desired parties and then the party can cash it in their account within 15 days.