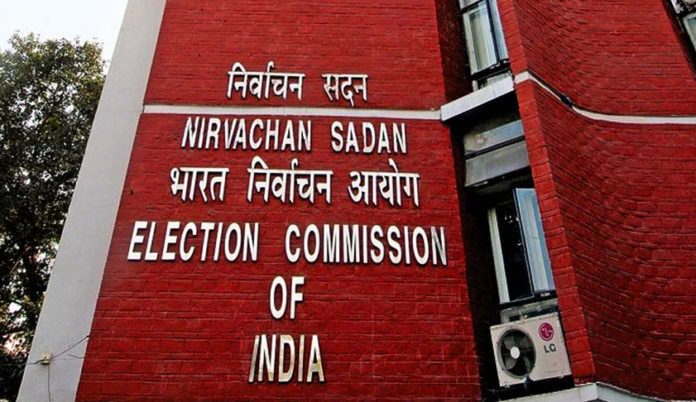 Alleging mass indiscriminate voters deletion, Bharatiya Janata Party Karnataka State Unit on Thursday knocked the Poll Commission with a letter and slammed the ruling Congress-JD(S) Coalition for the same. In a letter sent to Poll Body, The Bharatiya Janata Party alleged names are deleted from the voter list without any reason.

The Letter reads, ‘The officials have purposefully and deliberately deleted names without any reason, just to render undue official favour to the ruling coalition party.”

Karnataka BJP writes to EC over alleged "mass indiscriminate deletion of voters name in the voters list". Letter reads, "The officials have purposefully and deliberately deleted names without any reason, just to render undue official favor to the ruling coalition party."

Saffron party who is seeking to retain its power at Centre further alleged that many officers in the state are working on the behest of the ruling Congress and Janata Dal (Secular) Coalition.

Demanding strict action against those who are responsible for mass voter deletion, the party claimed the names have been removed from the list without any reason. The party further claimed names have deleted even the voters have been living in the same address.

The Letter further claimed that if actions won’t be taken against the officials responsible for it, we can’t expect national elections to be conducted in a fair and free manner. The State Opposition party further alleged that the party has registered a similar complaint to the Poll Commission during the State Polls that held last year.

The Letter reads, ‘Even though during the last Vidhan Sabha election also such deletion has taken place and the same was reported to the Commission, the Election Commission has not taken any stringent action against such officials. This is the only reason which has boosted the concerned biased officials to further work as agents of ruling coalition party to further delete the names of voters’.

READ: Here is the list of candidates announced by BJP-led NDA For Lok Sabha Polls

Demanding a repolling on the places where mass voter deletion is reported, The party further said it will go to court to redress the issue.

14 Lok Sabha Seat of the state voted on April 18 in Phase-II of Polling. Karnataka has a total of 28 parliamentary seats and remaining 14 seats will go to polls on April 23.

Congress and JD(S) in a run-up to the general elections have forged an alliance with 20:8 seat agreement. BJP going all alone in the state that sends 28 parliamentarians to the Lok Sabha.