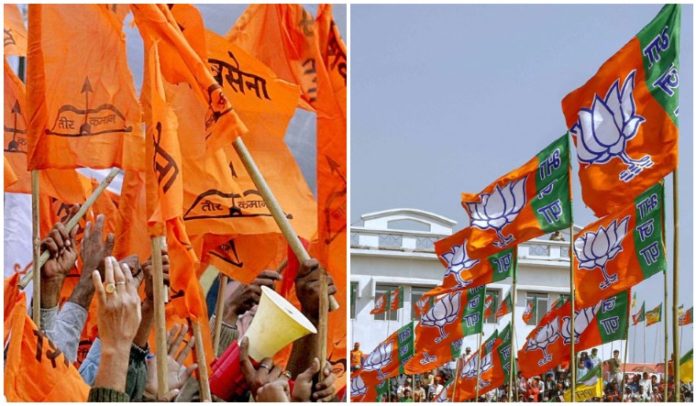 Bhartiya Janta Party along with its Maharashtra ally Shiv Sena will kick off its joint campaign for the Lok Sabha Polls 2019 from a rally at Kolhapur on March 24, a joint statement released by both parties confirmed. However, the statement said that the BJP-Shiv Sena combine before the massive Kolhapur rally will address joint meetings with both parties’ workers that are scheduled to take place on March 15, March 17 and March 18 at different locations.

The meetings that are called to encourage boot level ‘soldiers’ will be addressed by the Chief Minister Devendra Fadnavis and Shiv Sena chief Uddhav Thackeray.

After the meetings with party workers, a big joint rally of senior leaders from both parties would be held in Kolhapur on March 24. The decision to hold joint rallies came days after CM Fadnavis held talks with Sena Chief earlier this week.

The joint rallies of the BJP- Shiv Sena in Maharashtra will be marked by the presence of Prime Minister Narendra Modi, Uttar Pradesh CM Yogi Aditya Nath, Home Minister Rajnath Singh and Union Minister Nitin Gadkari, amongst the star campaigners.

Shiv Sena had for 2019 mega battle inked an alliance with Bhartiya Janta Party, with former to contest on 23 while saffron party bags 25 seats as per the poll pact.

General Elections are slated for April-May this year that would spread on Seven Phases starting from April 11 to May 19. Election Commission had on Sunday declared schedule for General Elections 2019. Counting of votes for the crucial Mega Battle of Ballots will take place on May 23, four days after last round of voting.

The Shiv Sena- BJP alliance will be taking on NCP–Congress alliance in all 48 seats of the state.