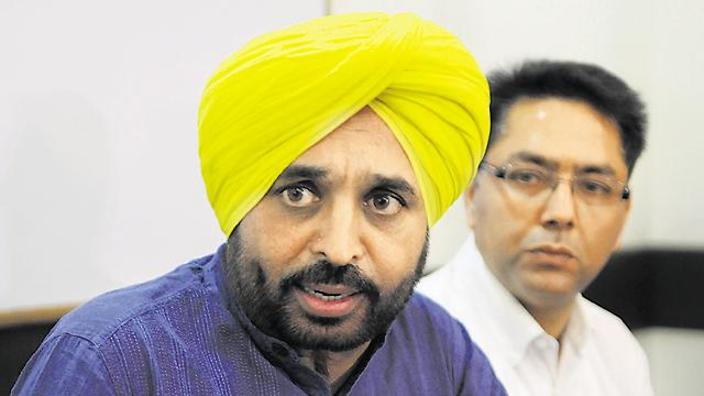 In fresh trouble for AAP Sangrur Candidate, Bhagwant Mann, a Sangrur based advocate and an RTI Activist approached the Poll Commission alleging that AAP Leader has furnished wrong details in its nomination forms. RTI activist filed a complaint and requested the poll body to initiate prosecution proceedings against Punjab AAP chief Bhagwant Mann.

In a complaint to District Electoral Officer, RTI Activist Kamal Anand said AAP Nominee has furnished wrong and misleading information in the nomination papers filed. He further claimed that there is a big difference in the forms filed in 2014, 2017 and 2019.

Further alleging shortcomings in the form, He said, ‘During national elections 2014 he has mentioned that he bought only 5 Kanal land in Bir Kalan village, but now in 2019, he has 18 kanals of land same place’

Demanding action against AAP Nominee, Anand in a complaint to Poll Officials asserted that criminal prosecution proceedings against AAP sitting MP. He added that action under the Section 125A of the Representation of People Act, 1951, and Section 177 of Indian Panel Code for filing wrong information and willfully concealing important information about his income.

SAD and BJP have forged an alliance in the state.