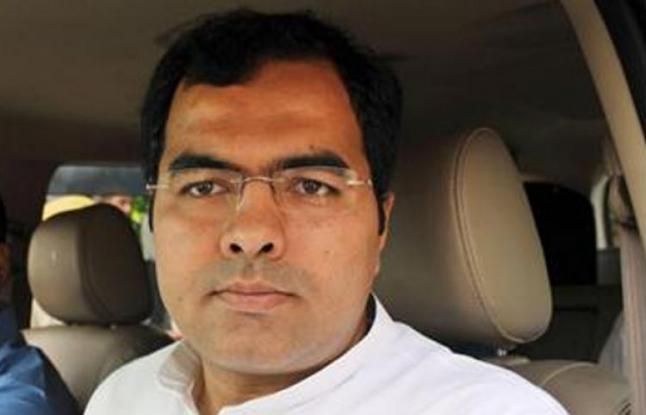 New Delhi, April 28 (IANS) Sitting BJP MP from West Delhi Lok Sabha constituency Parvesh Verma is so confident of winning again that the electoral process is just a “procedure” for him.

The son of former Delhi Chief Minister Sahib Singh Verma believes that the candidates of the Congress and the Aam Aadmi Party (AAP) pose no challenge to him in the polls to be held in the national capital on May 12 in the sixth phase.

He is pitted against Aam Aadmi Party’s Balbir Singh Jakhar and Congress’s Mahabal Mishra, a former Member of Lok Sabha from the same constituency.

“I don’t think that the Congress or the AAP is a challenge for me in the elections. What I saw during my campaigning is that people’s support is more than what I received in the 2014 Lok Sabha elections. The electoral process is just a procedure,” Verma told IANS.

The 42-year-old said he is sure of getting more votes than the last time.

He won the 2014 Lok Sabha elections by a margin of 2,68,586 votes defeating his nearest rival Jarnail Singh of AAP and Mahabal Mishra.

Asked if he would have felt a challenge if the Congress and AAP had reached seat-sharing agreement for these elections, Verma said he wanted the two parties to join hands because their alliance would have brought out their “lies and wrong intentions” in front of the public.

“It does not matter for the BJP if the Congress and the AAP fight the elections jointly or independently. The election is just a procedure. In both the situations, the BJP would be the winning party,” Verma said.

He claimed that voters know that no any party other than the BJP is in a position to form the government at the Centre.

“The voter knows that there is no option apart from (Prime Minister) Narendra Modiji,” the BJP leader insisted.

“The people in opposition are cheaters and corrupt. They don’t have any attachment to the development of the country. Their single agenda is to stop Modiji who is not letting them to earn money. And, Modiji’s only agenda is to uproot corruption and make India superpower,” he added.

Noting that this election is to elect the Prime Minister, he said: “Voters have been thinking on both aspects. But choosing a Prime Minister is a bigger issue than an MP.”

Referring to Central government’s decision to conduct airstrike on terrorist camp in Pakistan’s Balakot province on February 26, the MP said it had gone down well with the people.

“The people now feel that they are in hands of a safe government. They feel that only Modiji and the BJP-led government can face any challenge in future,” he said.

On the impact of demonetization and Goods and Services Tax (GST), Verma said he never felt that there was any anger among people on these moves.

On the expectations from his constituency, Verma said people want to get rid of issues related to water, electricity, road and traffic jam.

He claimed that most of the problems in his constituency have been solved and several schemes are being implemented to address other problems.

“In his next tenure, we will work on every problem expeditiously aimed at finishing them completely,” Verma said.

Construction of West Campus of Delhi University and new roads like that built on Uttam Nagar Terminal are among the priorities of Verma if he wins the Lok Sabha elections.

“Delhi University and the Central government have given their nod on the matter. The land for constructing the campus has been chosen and work is in progress to connect the land with road. As soon as the road is completed, the construction work of the campus will be started,” said Verma.

A Master in Business Administration, Verma said he would focus on constructing more new roads similar to one on Uttam Nagar Terminal to solve the traffic problem in his new tenure.

Informing about his work done in the last five year tenure, Verma said he managed to get a sanction of Rs 100 crore for a hospital in Najafgarh which was being demanded by the people for the last 20 years.

“In last five years we have added another metro station on Dwarka-Najafgarh section of the Delhi Metro. The Najafgarh-Dhansa Stand section is an extension of the Dwarka-Najafgarh segment. The work which was to be done in Phase-IV, we did it in Phase III. For the purpose we took out Rs 550 crore.”

Besides these, Verma said: “We have constructed 50 MCD school buildings which were in dilapidated condition.”

The MP added: “There was a need for a good stadium in our region. In this direction, we planned to construct four stadiums in Kakrola, Madipur, Dwarka Sector-17 and Ishapur. Two stadiums have been constructed, 50 per cent work of one stadium has been completed and the work of another stadium has been started.”

Two hospitals — one in Dwarka with capacity of 1,700 beds and one in Najafgarh of 100 bed capacity– have been completed, the MP said, adding “we did maximum work in every sector and would continue it”.