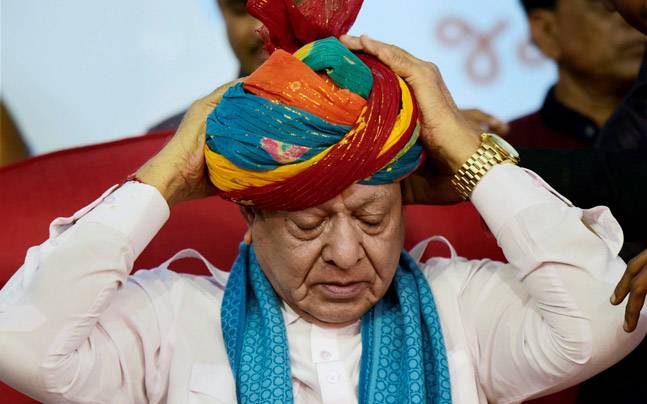 Vaghela resigned from the Gujarat Assembly because his request to the party to prepare for the December Assembly polls was not heard.

Congress rebellious leader, Shankarsinh Vaghela quits as a legislator on 16 August. This has reduced party’s strength to 43. Earlier party’s strength was 57 but it reduced after few of its MLAs left the party in July end and others cross voted for BJP candidate. Reportedly, Vaghela resigned from the Gujarat Assembly because his request to the party high command to prepare for the December Assembly polls in right earnest was not being heard.

He was dismissed last week for wrecking the party’s official nominee Ahmed Patel in the Rajya Sabha elections. He gave his resignation in front of CM Vijay Rupani and few other ministers. He has tendered his resignation to the Assembly speaker Ramanlal Vora. CM’s presence showed his support and respect for Shankersinh Vaghela.

Vaghela said that he will not join any party and will continue his career in politics with the blessing of his people. He has shunned the accusation of betraying any party. He said that until his people are with him, he doesn’t need anyone else.

Shankersinh Vaghela is an Indian Political from Gujarat and was the leader of the opposition in 13th Gujarat Legislative Assembly.

Along with 57 MLAs, he was suspended for wearing slogans against the BJP chief Amit Shah.