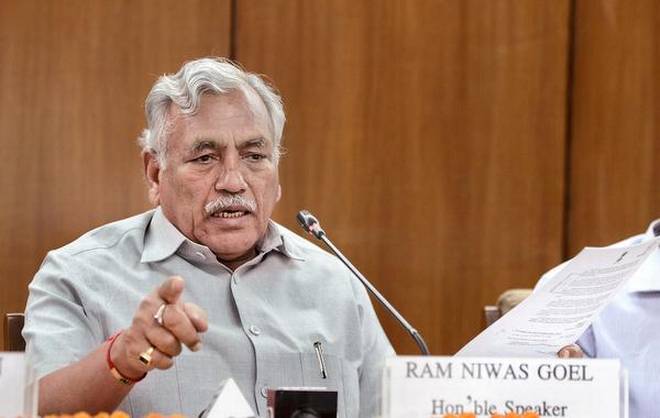 MLA Anil Bajpai, a legislator from Gandhi Nagar defected the party in May and joined Bhartiya Janta Party. Another disqualified MLA Devendra Sehrawat is also said to join the Bhartiya Janta Party after he was suspended from his Aam Aadmi Party. He represented the Bijwasan assembly. Now, both the seats have fallen vacant, owing to the disqualification.

Bothe MLAs have been disqualified under the provisions of Anti-defection act. The matter came to highlight when Aam Aadmi Party spokesperson Saurabh Bharadwaj moved a petition seeking to disqualify the mentioned MLAs.

Earlier, Delhi Assembly Speaker issued a notice seeking a reply from both the rebels. However, both the lawmakers submitted that they are with the Aam Aadmi Party (AAP) and did not join the Bharatiya Janata Party (BJP). The lawyers representing the legislators claimed that news items are false and they have not defected to BJP.

Interestingly, in another case of disqualification, Speaker disqualified AAP MLA Kapil Mishra under the anti-defection case after a petition was moved by the AAP under anti-defection’ alleging that Mishra had campaigned for PM Narendra Modi in the national polls 2019.

Aam Aadmi Party (AAP) in its petition had claimed that Kapil Mishra, had ‘voluntarily given up the membership of the AAP’. He was found seeking votes for Bharatiya Janata Party (BJP) in the national polls.

Kapil Mishra has filed a petition regarding the same in Delhi high court.