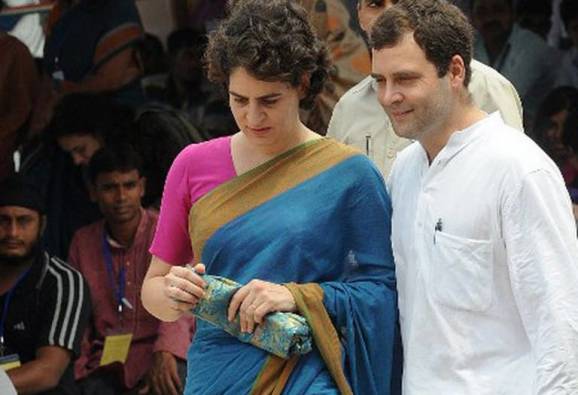 List of 2nd and 3rd generation politicians who entered politics because their family members were active in Politics. Most of these names featured in the recently concluded General Elections.

Politicians from the Nehru-Gandhi family 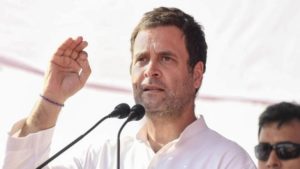 Elected as the president of Indian National Congress in 11 December 2017, Rahul Gandhi, the son of Rajiv and Sonia Gandhi contested from the seats of Amethi and Wayanad in Kerala in the Lok Sabha elections, 2019. He also holds the positions of Chairpersons of National Chairperson’s Union of India. 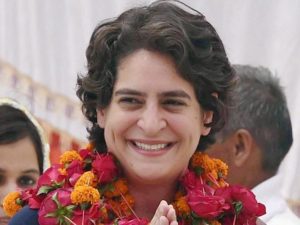 Member of Nehru-Gandhi family and elder sister of Congress president Rahul Gandhi,  Priyanka Gandhi Vadra was given charge of East UP. She held massive campaigns for her brother Rahul Gandhi in Amethi and Wayanad. “See there is a lot of work… Had I contested from Varanasi I would have been confined just to that one constituency. Every candidate wants me to go campaign for them. I cannot disappoint them,” she had said. 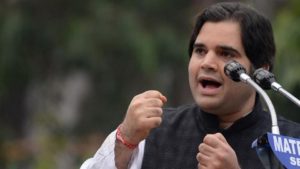 Son of Maneka Gandhi and Sanjay Gandhi, Varun Gandhi contested from U.P’s Pilibhit. His mother Maneka is the union cabinet minister for women and child development. 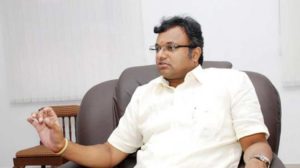 Karti Chidambaram, Congress’ candidate from Shivaganga, Tamil nadu, contested against BJP’s H Raja in the constityuency. Karti Chidambaram is the son of veteran politician P. Chidambaram, former finance minister. He was involved in Aircel -Maxis case but his protection has been ensured till May 6. He had contested elections from Sivaganga in 2014. “I am very active in state party politics. You cannot believe the English press, which is disconnected from rural India… I help my father substantially in managing his constituency, Sivaganga, but I also travel extensively. I speak at Congress party meetings, campaign and articulate the party stand on issues. I’ve also been active in the enrolment drive of the Youth Congress,” he had said in an interview with Telegraph in 2012. 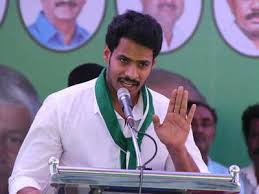 Nikhil is the son of CM of Karnataka, HD Kumaraswamy, and grandson of Deve Gowda, former PM of India. He is an actor-turned-politician who got into the field of acting in 2016 with the movie Jaguar. Nikhil is currently contested from the Mandya seat in Karnataka. 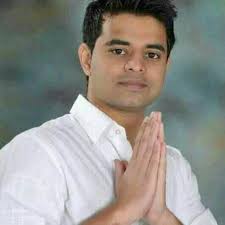 The grandson of former prime minister of India, Deve Gowda and son of minister H.D. Revanna, Prajwal Revanna is contesting from Hassan in Karnataka. Prajwal is facing Congress leader,  A. Manju in his constituency. 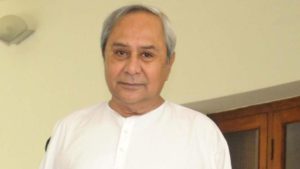 Naveen Patnaik, son of Biju Patnaik, the Chief Minister of Odisha, contested from the BJD seat in Hinjili and Bijepur, in general elections in Odisha  this time. Naveen Patnaik was elected as the CM of Odisha in 2000. 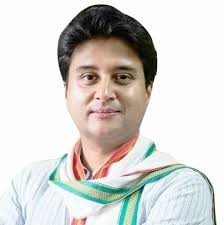 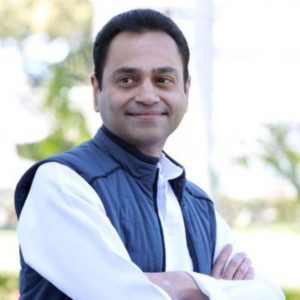 Nakul Nath, son of Kamal Nath is contesting from Madhya Pradesh’s Chhindwara under Congress’ ticket. The father-son duo will now contest against each other in Chhindwara. Nakul Nath will be contesting elections against the BJP candidate Nathan Shah Kavreti. “This is a historic election as it is the first time in the country that a son and father are contesting polls on the same day and in the same district. I seek your blessings as not your ‘neta’ (politician) but ‘beta’ (son),” Nakul Nath said at a rally in Ambada village near here recently as his father looked on. 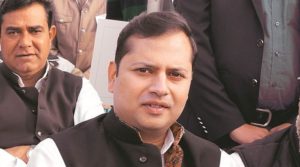 Vaibhav Gehlot, son of Ashok Gehlot, CM of Rajasthan, contested from Jodhpur under  the Congress ticket. His father, Ashok Gehlot was elected general secretary of AICC in 2017. His political journey started as the President of Rajasthan unit, NSUI in 2017. Vaibhav Gehlot will contest against BJP’s Gajendra Singh Shekhawat. Shekhawat had defeated Congress’ Chandresh Kumari over four lakh votes in 2014 general elections. 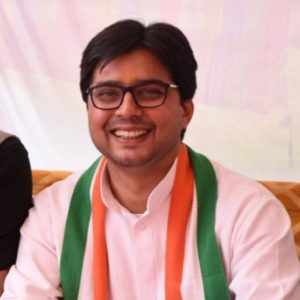 Tanuj Punia, son of PL Punia is the Congress’ candidate from Barabanki in Uttar Pradesh. He is contesting against SP’s Sagar Rawat and BJP’s Upendra Singh in the constituency. His father, PL Punia, has been an MP of U.P. He was elected to the Rajya Sabha in November 2014. 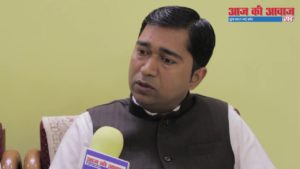 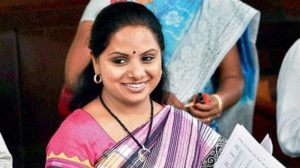 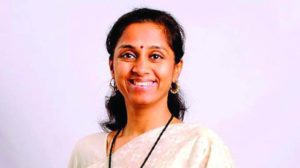 Supriya Sadanad Sule from Maharashtra is the daughter of INC leader Sharad Pawar. She had earlier won the parliamentary election from Baramati. Sule was elected a s an MP in 2006. On 1 Sep. 2014, she became a member of Standing Committee on External Affairs, Consultative Committee, Ministry of Finance & Corporate Affairs and Indian Parliamentary Group Executive Committee for the Year 2014 – 2015. She was appointed the member of committee on empowerment of women in 2015. 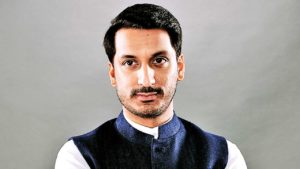 Sharad Pawar’s grandson Parth Pawar, contested in the NCP ticket from Maval in Maharashta. Sharad Pawar is the president of Nationalist congress Party (NCP) whereas he has also held positions such as the minister for defence. His political journey started in 1967 as the MLA of Maharashtra. He also served as the union cabinet minister for food processing industries and agriculture. 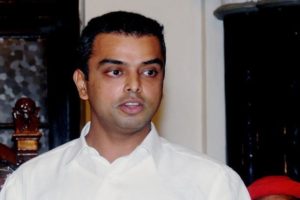 Son of Murli Deora, Milind Deora is contested from Mumbai South. He is the current president of Mumbai Regional Congress Committee. His father Murli Deora was the mayor of Mumbai and MP. Murli deora passed away on November 24,2014. BJP’s candidate in Allahabad, Rita Bahuguna Joshi, is the daughter of Hemwati Nandan bahuguna, who was a leader of the Congress party and also the former Chief Minister of Uttar Pradesh. He joined Bharatiya Lok Dal later. 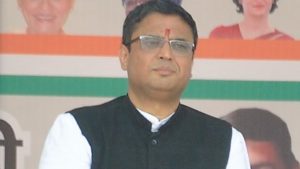 Member of the Indian National Congress, he is the son of former Chief Minister of Uttarakhand Mr. B.C. Khanduri. He contested the 2019 elections in Garhwal. BC Khanduri was a leader of the Bharatiya Janata Party. He was involved in social and cultural issues. He was associated with the Wild Life Society of India from 1990 to 2000 and was also a member of G.B. Pant Himalaya Environment and Development Committee from 1998 to 2000. 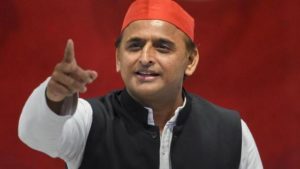 Besides Akhilesh Yadav, his wife Dimple Yadav contested the elections from Kannauj whereas Shivpal Yadav and Akshay Yadav have contested from Firozabad. 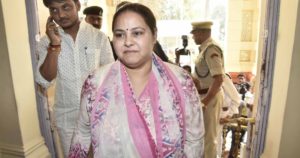 Daughter of Lalu Prasad Yadav and sister of Tejashwi Yadav and Tej Pratap Yadav, Misa Bharti is the member of the Rashtriya Janata Dal contested from the Pataliputra seat from where she had contested in the 2014 general elections as well. She contested against BJP’s Ram Kripal Yadav. Misa Bharti is an MP from Bihar and is currently the member of committee on subordinate legislation. She was also a member of the consultative committee for the ministry of external affairs. 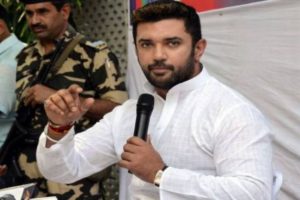 Chirag Paswan, son of Ram Vilas Pswan, is the member of Lok Janshakti Party. He contested from Bihar’s Jamui. He had won from his seat in the previous general elections.”I get the confidence that I will once again win from Jamui due to the fact that I have done so much work in the last five years,” the actor-turned-politician had said. 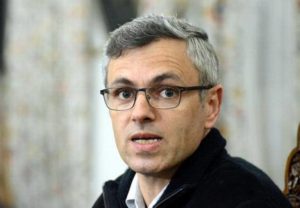 Son of Farooq Abdullah, Omar Abdullah, member of Indian National Congress (INC), was elected as a member of 12th Lok Sabha in 1998. From 1998 to 1999 he was the member of consultative committee, ministry of tourism and committee on Transport and Tourism. He became the Union Minister of External Affairs on 22 July 2001, thereby becoming the youngest union minister. He replaced his father as the new president of National Conference on 23 June 2002. 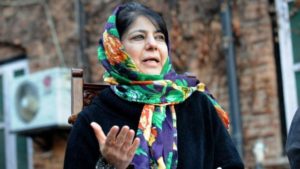 The daughter of Mufti Mohammed Sayeed, Mehbooba Mufti started her political journey as a Congress MLA  from Bijbehara. Her father, Mufti Mohammed Sayeed, was sworn in as the 12th CM of Jammu & Kashmir in 1 March 2015. In 1999 she became the vice-president of Jammu and Kahmir People’s Democratic Party (PDP). She lost to sitting MP Omar Abdullah in the Srinagar seat in parliamentary elections in 1999. She resigned from the position of Chief Minister of Jammu and Kashmir when BJP formed a coalition government with PDP. 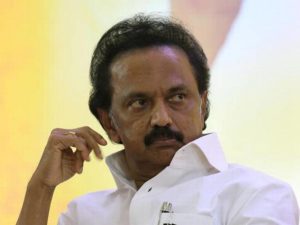 Muthuvel Karunanidhi Stalin, MK Stalin, contested from the Kolathur seat in general elections held in Tamil Nadu. MK Stalin is the son of M Karunanidhi, who was the Chief Minister of tamil Nadu in 1969. He also became the president of Dravida Munnetra Kazhagam (DMK)at that time. He came to politics by leading an anti-Hindi protest in Tiruvarur. In 1949, he became an icon of Dravidian movement and the leader of DMK. MK Stalin was elected to the general committee of DMK in 1973. He also served as the 37th mayor of Chennai in 1996-2002. In 2001, he contested the Tamil Nadu assembly elections from Thousand Lights Constituency and won. He contested from Kolathur in 2016 assembly elections in Tamil Nadu and won. 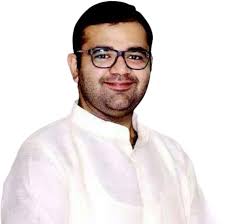 Arjun Chautala is the son of Abhay Singh Chautala and the grandson of veteran politician Om Prakash Chautala. His father, Abhay, began his political career by contesting the election for membership of Chautala village Panchayat. He was elected from the Rori Assembly constituency in the state assembly elections, 2000. His grandfather Om Prakash Chautala was the former CM of Haryana from Indian Nation Lok Dal (INLD).  Arjun Chautala contested in Kurukshetra whereas his nephews Dushyant and Digvijay contested from Hisar and Sonepat. His nephews Dushyant and Digvijay are members of Jannayak Janta Party, the breakaway faction of INLD. His father’s elder brother Ajay chautala fielded his cousin Dushyant from Hisar. 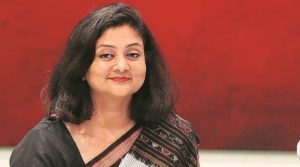 Shalini Yadav, daughter-in-law of Shyam Lal Yadav, contested elections from Varanasi. She is PM Modi’s SP opponent in Varanasi. Her father-in-law was Congress leader of Varanasi. After joining the party, Shalini said, “I will work under the leadership of our national leader Akhilesh Yadav. I will act according to his directions.” Shalini had contested the Mayoral poll from Varanasi Municipal Corporation before but turned out to be unsuccessful. 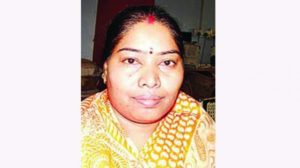 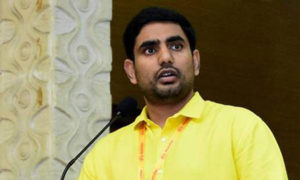 Chandrika Rai is the daughter of Daroga Prasad Rai, CM of Bihar in 1970s. She contested from the Congress ticket in saran, Bihar. Dargoa Prasad Rai contested from ‘Parsa’ legislative council of Bihar Vidhan Sabha and emerged successful