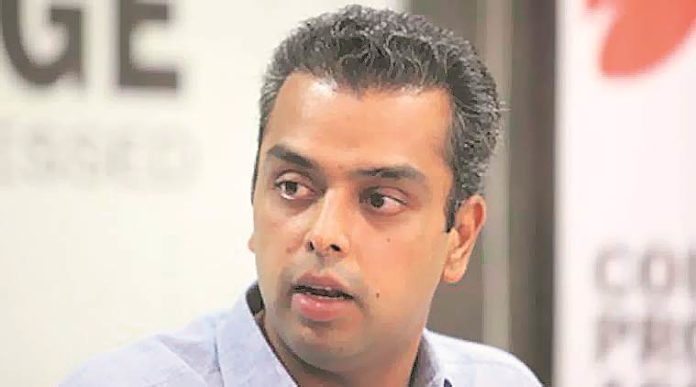 Maharashtra Election Commission on Thursday filed a complaint against Congress Mumbai Chief and South nominee Milind Deora for allegedly violating the model code of Conduct by making remarks Jain community. Deora while speaking at Zhaveri Bazar while targetting Shiv Sena asked Jain Community to teach them a lesson in the coming national elections 2019.

Speaking on April 4, Deora slammed Shiv Sena party for disrespecting the Jain religion by cooking meat outside the temples during Paryushana, a religious festival of Jains. Milind reportedly said he is not against BJP but Shiv Sena. He asked people to give a befitting reply to the party with your votes.

Milind Deora asked the Jain community to question Shiv Sena for their misconduct.

READ l My fight is against Shiv Sena and not BJP, says Milind Deora

Following his comments, Shiv Sena candidate approach the Poll Commission saying the allegations are a farce and misleading. Shiv Sena leader further said ‘the comments are religious sensitive’ and hence violates the model code of Conduct. Responding to the complaints, EC looked into to matter and later directed to file a Police Complaint.

Congress in a run-up to the national elections has named two-time parliamentarian Milind Deora against sitting Shiv Sena MP Arvind Sawant. Sawant had in 2014 defeated Deora by a margin of 1.28 lakh votes.

Milind Deora had in 2004 entered the Lok Sabha for the first time by defeating Jaywantiben of Bharatiya Janata Party.

General Elections have already begun and would spread on Seven Phases starting from April 11 to May 19. Election Commission had on March 10 declared schedule for General Elections 2019. Results for the crucial Lok Sabha Polls will be announced on May 23 four days after the 7th phase of voting.