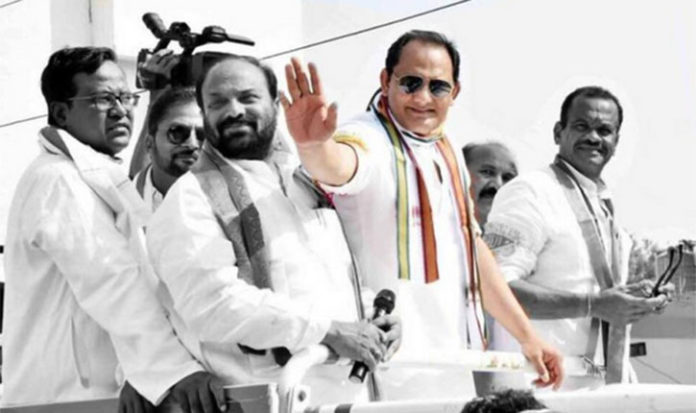 It is rumoured that Hyderabad Lok Sabha seat for Congress, might be contested by Former Indian Cricket Captain, Azharuddin in a contest with AIMIM Chief Asaduddin Owaisi.

If everything go as planned by the Telangana unit of Congress, says sources.

The Telangana Unit of Congress has shortlisted the candidates for all 17 Lok Sabha seats in Telangana, and the Former Cricketer Azharuddin is the top pick of the Telangana Pradesh Congress Committee(TPCC) for the constituency of Hyderabad, party sources said.

Previously, there were speculations that he was interested in contesting from Secundarabad, now held by Bandaru Dattatreya of BJP.

“If the party high-command asks him to contest from Hyderabad, he will do so”, a senior TPCC leader told PTI.

Earlier, Azharuddin was heard saying that he was about to take legal actions on some members of Hyderabad Cricket Association who didn’t allow him to participate in election.

They (some members of Hyderabad Cricket Association) didn't allow me to participate in the election, it's a total violation of fundamental rights. I am also contemplating legal & criminal actions against these people, whoever did it: Mohd. Azharuddin, former cricketer pic.twitter.com/G62MMS0gW4

In the 2009 Lok Sabha poll, Azharuddin won from Moradabad in Uttar Pradesh but in 2014, lost from ‘Tonk-Madhopur’ in Rajasthan.

Azharuddin, is from Hyderabad and he was appointed as one of the working presidents of the TPCC before the assembly elections in the state on November, 2018.

However, Hyderabad is considered as AIMIM stronghold. Owaisi is representing Hyderabad for 3 terms now. Also, the ruling Telangana Rashtra Samiti (TRS) has already made it clear that it would support Owaisi in Hyderabad and expects his backing for its candidates in the remaining 16 seats.

Owaisi, in a last speech after Pulwama attack said that JeM leader Masood Azhar is not a Maulana but he is disciple of devil. He also added that that Masood Azhar is Jiash-e Shayateen.

Asaduddin Owaisi: A soldier of Mohammed does not kill a person, he is merciful towards humanity. You are Jaish-e-Shayateen, Jaish-e-Iblis. Mazood Azhar, you are not a Maulana, you are a disciple of the devil. It is not Laskhar-e-Taiba, it is Lashkar-e-Shayateen. (23.02.2019) https://t.co/plxp1pjnYU

In the 2014 Lok Sabha elections, the TRS led by KCR won 11 seats, the Congress two, and the BJP, AIMIM, TDP and YSRCP one each.

In the most latest Assembly elections, the Congress formed alliance with Prajakuatmi(People’s Front),TDP(Telugu Desam Party) ,CPI(Communist Party of India) and TJS(Telangana Jana Samiti). But, KCR led TRS secured 88 seats out of 119 seats in the House. 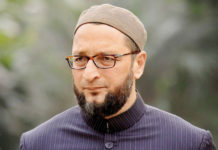