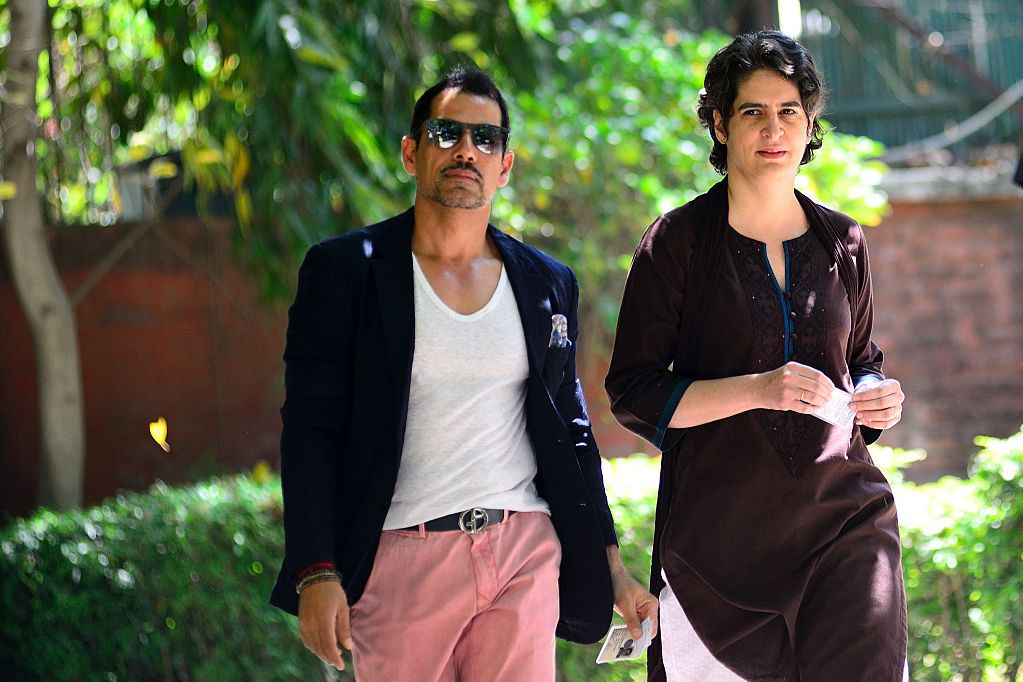 Businessman and Husband of Congress UP East General Secretary Priyanka Gandhi, Robert Vadra on Thursday indicated his interest to enter politics and contest Polls. Robert Vadra said, ‘Just because I help people, others think that I am inclined towards politics. It is not necessary to be a politician to help and serve the people. But, if people feel that I can bring about a change in good time then only I will get into politics,” Vadra said while speaking to ANI.

On being asked from which constituency he will contest the elections from, Vadra added as reported by ANI, “I was born in Moradabad and have spent childhood in Uttar Pradesh and I think I understand that area. However, I can stay anywhere and I believe I will be able to understand them.”

Meanwhile, sharing his views on Wing Commander Abhinandan Varthaman’s release by Pakistan, he said: “It is the best news for his family and everyone in India. We are very proud of him and the forces. Peace is significant and very important.”

#WATCH: Robert Vadra reacts on the release of Wing Commander #AbhinandanVarthaman by Pakistan, says, "It is the best news for his family and every citizen of India…" pic.twitter.com/Q4ZNj4osWj

Vadra’s latest remarks came days after he in his Facebook post on February 24 hinted towards joining politics. Robert in a Facebook post on February 24 said, “All these years of experience and learning cannot be just wasted and should be put to better use…Once all these accusations and allegations are over, I feel I should dedicate a larger role in serving the people.‘ He further said, ‘The years and months that I spent campaigning and working in different parts of the country, but mainly in UP, gave me a feeling to do more for the people and make smaller changes possible by me”.

Robert Vadra’s hint towards possible venture came months after his wife Priyanka Gandhi has joined the politics formally. She has been assigned the responsibility to look after party’s affairs in 41 Lok Seats of Uttar Pradesh East.

Robert Vadra is currently facing a continuous grilling from Enforcement Directorate (ED) in connection to money laundering case. Earlier on Monday, a Delhi court had on rejected Vadra’s application for a stay on questioning and directed him to appear before the ED. He had sought the stay till required documents were supplied to him and his legal team.