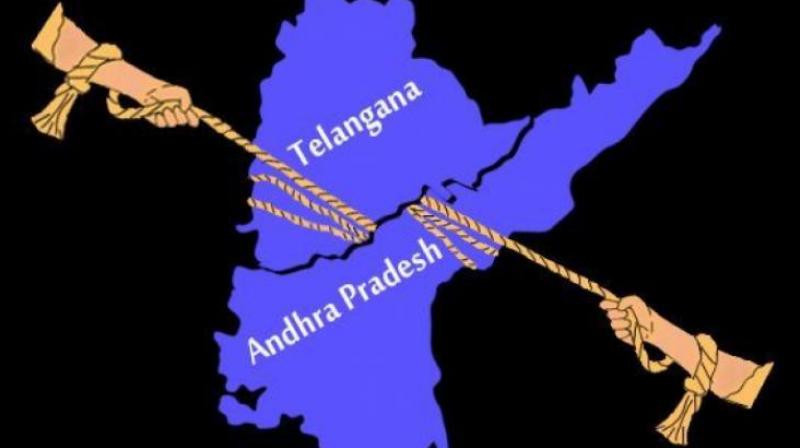 The victory of the ‘Prajakutami’(People’s Front) or the Grand alliance of four political parties in the upcoming Telangana Assembly Elections will help to resolve issues between Telangana and Andhra Pradesh, a spokesperson from the Telugu Desam Party (TDP) said.

The Prajakutami or the Mahakutami is an alliance between four political parties, Congress, TDP, TJS, and CPI who came together to stormed the ruling Caretaker Chief Minister K Chandrashekar Rao’s Telangana Rashtra Samithi (TRS) in the upcoming polls due for December 7.

“KCR hopes to survive on promoting regional conflicts by projecting Andhra people as villains. We want to put an end to his drama in the current election by exposing his failures,” said D Manikya Vara Prasad, TDP spokesperson.

Both Telangana and Andhra Pradesh have currently deadlocked situation in many disputes, including sharing resources like the Krishna and the Godavari river water, besides distribution of assets and institutions under the IX and X schedules of the Andhra Pradesh Reorganisation Act (APRA) 2014, which came into effect after the bifurcation of the state.

While TRS MLC Pathuri Sudhakar Reddy said that “Our government in Telangana is last four years has treated every Andhra settlers as a part of it owns state without any discrimination. Its only Andhra Pradesh Chief Minister and TDP Boss Chandrababu who wanted to gain momentum by raising such issues”

Telugu Desam Party Chief Chandrababu Naidu, once an ally of BJP led NDA, chooses to left the alliance stating the NDA government has not fulfilled its promise of granting special status to the status after bifurcation.

In the past, TRS who had led the movement for bifurcation of Telangana  Movement has threatened to close educational institutions run by Andhra People in Telangana and has stalled the screening of Movies made by Andhra Pradesh Movie Film Industry.

While many political scholars who have observed the State politics for years believe that significant Andhra Population will decide the fortune of Political Parties in at least 25-28 seats out of 119 assembly seats.

The Telangana Assembly Polls are slated for December 7. The counting of votes in the state will take place on December 11 along with other states assembly elections.